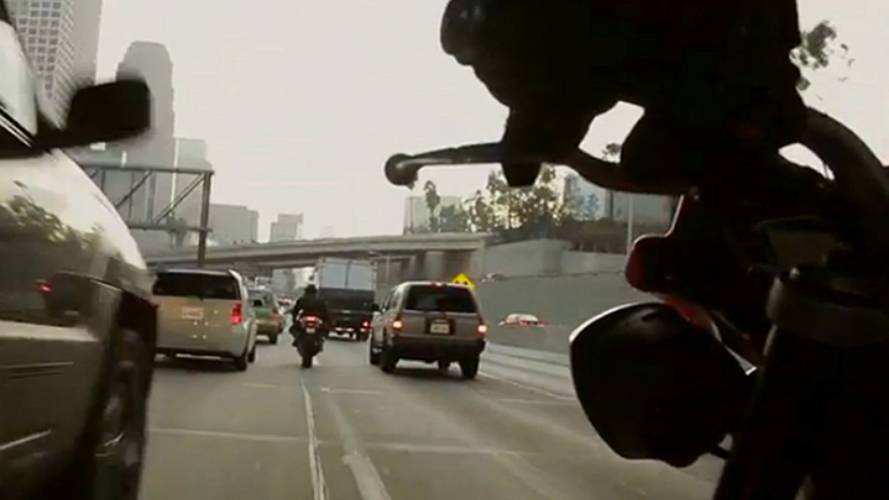 Not too long ago, I wrote an article suggesting that motorcyclists in the United Kingdom and the rest of the European Union are generally more skilled than their American counterparts. The reason behind this, I suggested, was the intense amount of testing that comes as a result of the EU's tiered licensing. In doing so, I set a little trap.

Unsurprisingly, a few people really didn't like the implication that things should change in America. A common counterargument to suggestions of implementing tiered licensing in the United States is the unwavering belief that bureaucracy is bad. As commenter Sayyed Bashir put it: "I don't think Americans want the government to get even more involved in telling them what they can or cannot do."

OK, fair enough. The United States is a country that was founded first and foremost on a healthy distrust of governmental overreach. We can wander deep into the rabbit hole of a discussion on the merits of paternal law and what obligations we have under the social contract into which all Americans are born...but I get it. I understand the philosophy behind these kinds of arguments. I don't necessarily agree with them in this case, but I do understand them.

They're the same arguments that people often make in defending their right to ride a motorcycle without a helmet. It's all about freedom and the protection of that ideology even in an aspect of life so seemingly mundane as traffic law.

So, here's the trap. If we accept the premise that tiered licensing and compulsory helmets are bad because they are averse to freedom—and freedom is good and bureaucracy is bad—why is lane splitting still not legally permissible in 49 states?

That is a blatant infringement upon motorcyclists' freedom.

Called "filtering" in the United Kingdom (which I feel is a better word and sounds less adversarial), lane splitting is an immensely useful riding technique. One that, when applied intelligently, helps to make motorcycling safer, more rewarding, and more viable as a transportation choice. It's a freedom that British and Irish riders enjoy, as do the majority of motorcyclists worldwide.

But you don't have to filter if you don't want to. If you want to stay in a lane—perhaps you're uncomfortable with lane splitting, or you want to keep checking out that sexy person in the Volvo to your left—you have the freedom to do that as well.

That's an important thing to remember about lane splitting: You don't have to do it. RideApart has talked a lot about lane splitting over the years, and often when I've seen arguments against it they seem to be centered on a belief (perhaps fear is a better word) that if lane splitting is decriminalized across the United States it will somehow become obligatory.

Of course, that's not expressly stated; it seems implied. As if the person thinks he or she will no longer be allowed to command a lane in a lane-splitting-legal world. Some wild dystopia will ensue; a world in which cars will be allowed to drive right into and over motorcycles, and responding police officers will simply look at the crumpled motorcyclist and say: "Well, he should have been lane splitting."

And if that were the case I could understand being against lane splitting. Some people just aren't comfortable with it. Not all of us want to spend our time weaving and hurtling through traffic like those nut-jobs in Brazil.

That's true as well in countries where lane splitting is permissible. I've encountered riders in Europe who have not trusted their ability to navigate between cars. It's not for everybody; just as motorcycling itself isn't for everybody.

The point is that the freedom to decide one way or another should exist. Just because you're afraid of not being able to do something doesn't necessarily mean others should be prevented from doing it—especially in the United States. If we want to be free to ride any size motorcycle, helmet-less, with little to no training, we should definitely be free to ride that motorcycle between lanes of traffic.

The good news is that over the past few years we've seen growing support for the idea of extending that freedom.

The American Motorcyclist Association now supports lane splitting. I'll admit I don't have a lot of love for the AMA (it took quite a while to extend its support), but it's good to see the organization now standing on the right side of this issue.

If the AMA is willing to put some of its political and financial muscle behind lane splitting, we may actually see it allowed in the not too distant future, which is important. Not only from a philosophical point of view, but a practical one.