MotoAmerica Teams Up with KTM for RC Cup 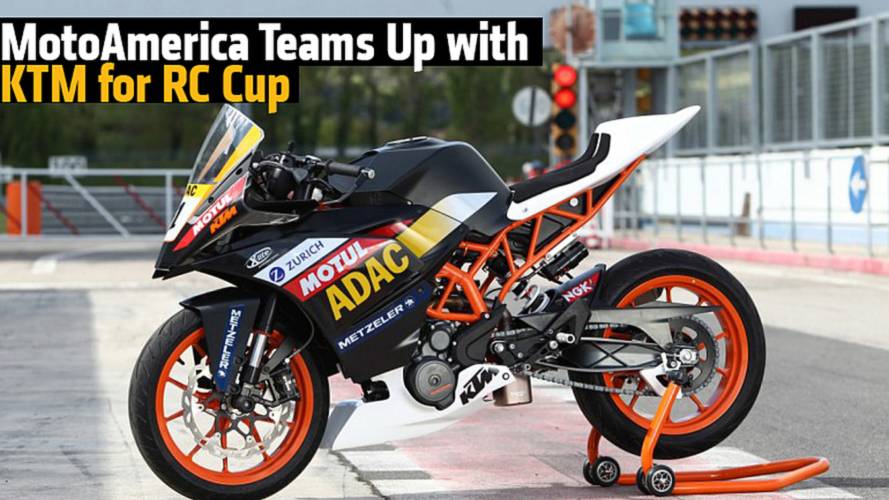 MotoAmerica teams up with KTM for the RC Cup.

The steady march of progress for the fledgling MotoAmerica series continued last week, with the announcement of the creation of a class aimed squarely at one of MotoAmerica's main goals: developing young talent. The KTM RC Cup will be open to riders aged 14 to 22, and will compete at select rounds of the MotoAmerica series for contingency money and a National Championship title.

The young riders will compete on the eponymous KTM RC 390 Cup machine, which debuted last summer at the Sachsenring MotoGP round. It's a fully-faired race bike built around the 40-ish horsepower 390 Duke engine. KTM has run the RC in the ADAC Junior Cup, a youth-oriented series in Europe for the past year, and have recently confirmed that an RC Junior Cup will be featured as a support class for the British Superbike Series in 2015.

For their MotoAmerica series, they have partnered with HMC Racing, who already runs KTM's superbike program. HMC will provide hospitality and technical support for class participants, and HMC rider Chris Fillmore will act as advisor and mentor to the young racers.

If all of this feels a little familiar, that's because it is. KTM was also the motorcycle supplier for the short-lived Red Bull AMA US Rookie's Cup, which ran for only a single season in 2008 before being shuttered for reasons that were never fully disclosed. With the backing of the KRAVE Group and MotoAmerica, here's hoping the new series finds firmer ground.