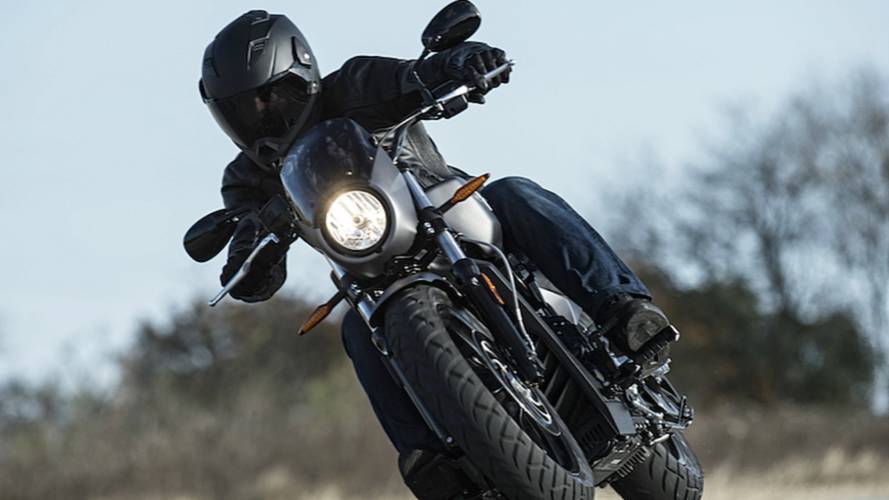 Despite the criticism following its reveal, will the Victory Octane prove to be the company's future?

Last week Victory Motorcycles delivered the unexpected when it pulled the cover off its long-teased Octane model. Though, it seems that for many the surprise wasn't necessarily a good one.

Reading through some 130 comments on different motorcycle websites this weekend, I was able to find only three positive responses to the Octane. Obviously the internet peanut gallery isn't the best place for reliable market research, but I doubt this is the reception Victory was hoping for.

The criticism seems to center on two issues: Firstly, the Octane bares a striking resemblance to the Indian Scout (Indian and Victory share the same corporate parent in Polaris) and secondly, the Octane's 104 hp and single front brake disc seem to belie some of the marketing hype about the motorcycle being intimidating to stand next to, etc.

I'll admit that my own initial reaction was something akin to disappointment. But I'll admit, too, that I am a Polaris fanboy, with Victory being the marque I lean toward most.

So, after exorcising my own ridiculous complaints of "This Isn't The Sport Tourer I Wanted!" (get over it, Chris, no one but you wants a Sport Tourer), I decided to look at this bike for what it is rather than what it isn't. And you know what? What it is, is a damned good-looking motorcycle.

Yes, I feel Victory's PR team may have gone just a little bit overboard, but it's hardly the case that no other manufacturer has done the same. I mean, you know that everything Harley-Davidson says about Harley-Davidsons isn't 100 percent irrefutably true, right? Or what BMW says about BMWs; what Honda says about Hondas...and so on. It's part of the marketing game.

In hindsight, the talk of sportbike heritage may have led many people to hear things that weren't actually being said, but that doesn't mean the Octane isn't a good bike.

In fact, before most moto journalists have had a chance to even see it in the flesh, we already know that it's a good bike because it shares a platform with the Indian Scout. The gray lady of motorcycling, Cycle World, had exclusive access to the Octane before everyone else, and it says parent company Polaris is open about the fact the new Victory is "a platform play," sharing up to 35 percent of its parts with the Indian Scout.

And that's OK. When Yamaha uses exactly the same platform for the FZ-09, FJ-09, and XSR900 we think that's a clever use of resources. When Triumph contorts its Tiger Explorer into eight almost identical applications we say they're giving the customer what it wants. So, frankly, it is a little strange that so many people decided to fire up the hater machine when Polaris did something similar.

Two years ago, this wouldn't have happened. In a world that had yet to see the new Indian Scout, the Octane would have been met with whoops of glee. Here's an American motorcycle that costs less than a Harley-Davidson Sportster 1200, but delivers almost twice the power as well as five percent more lean angle. In a pre-Scout world we would have been falling over ourselves with praise.

In internet forums, people would have dutifully claimed that Harley was being made to look like fools by Victory. Dozens of moto publications worldwide would have listed the Octane as their motorcycle of the year. Every accolade that has been given to the Scout would have belonged instead to the Octane.

And arguably, that's how it was supposed to have been. In March 2014, five months before the Indian Scout was revealed at the Sturgis Motorcycle Rally, Motorcyclist revealed several sketches of what it said was a forthcoming liquid-cooled Victory model. Prophetically, the magazine chose to color in the most complete of the sketches using red. And, of course, a few months later we discovered this presumed Victory was, in fact, an Indian.

But is it so hard to believe that wasn't the original plan? Is it hard to believe that developing an all-new liquid-cooled 1200cc V-twin engine would take more than just three years? That's roughly the amount of time Indian had between being acquired by Polaris in April 2011 and the Scout's unveiling in August 2014. So it seems plausible to me that the Octane is not an expansion of the Scout platform, but the other way around: this bike was always supposed to be part of the Victory livery.

That's my own speculation there; I don't have any evidence that such a thing is true. I'm simply saying it strikes me as plausible.

Looking at the Octane and the Scout side-by-side, the Victory's aesthetics seem more "correct" to me. The Scout's awkward headlight, balloonish tires and front fender have always struck me as just a little off. The Octane's look seems to have better flow. Additionally, take a look at the rest of the Victory lineup—the Octane fits right in. It looks like a Victory, whereas the Scout stands out amid the rest of the Indian lineup; it's the one blonde in a family of brunettes.

Consider, too, the quote by then Vice President of Motorcycles (now president) for Polaris, Steve Menneto, that led Motorcyclist to think those sketches were of Victory bikes. In 2013, he had told the magazine: "It's about time the Victory had a new powertrain."

Again, he said that in 2013. Another three years would pass before it happened.

I'm well off into the Land of Unfounded Speculation now, but I don't find it difficult to imagine a scenario in which a platform that Victory had been working on for a number of years was "borrowed" by Indian to help buoy its early success. That's the kind of stuff that happens in corporations all the time.

And if that's what happened, it's worked out really well for Indian. You'll notice that in that same time, though, Victory didn't do much more than repaint popular models, dropping a few along the way.

So, for me, the Octane isn't a case of Victory slapping its badge on a Scout and hoping the riding public is too stupid to notice. This is Victory finally being allowed to move in the direction it was headed several years ago. In that sense, the Octane's marketing hype was right: this is very exciting. This is totally new. The Octane is Victory's future.

The question is: What happens now?

It seems certain Victory will expand upon this platform. There are strong rumors that something more dramatic is not too far off. But don't expect a true sportbike. Considering worldwide interest in that genre is on the wane, and they've never been terribly popular in the United States, it was always unlikely Victory was going to build one. But there are some interesting directions in which the Octane platform could more realistically go.

Touring, for example. The Victory Vision has been around, unchanged, for roughly eight years and remains an incredibly good motorcycle. With a little less weight and the Octane engine it could be a great motorcycle. And I'll be surprised if this platform doesn't find its way into the bagger format.

Victory will take baby steps—it always has—but it's clear that the Octane really is a step forward. Perhaps those who are piling on criticism are simply failing to see the big picture.