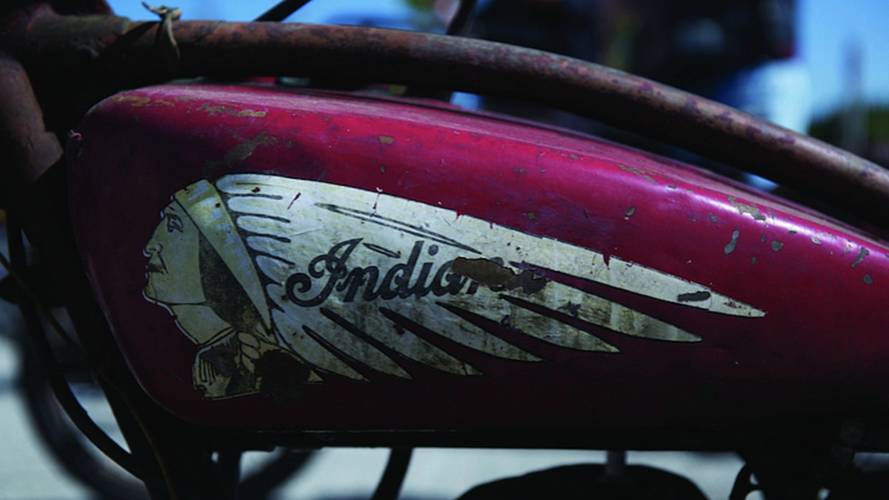 Indian is revealing a new bike next week, will it be the long-rumored Springfield cruiser?

Indian Motorcycle appears to be teasing the release of a new motorcycle, and it's assumed this will be the long-rumored Springfield model.

However, you certainly wouldn't guess that from Indian's classically enigmatic marketing. Thus far, the manufacturer has offered only a single Instagram/Twitter post on the subject. Superimposed on a picture of an iron bridge are the words: "Coming March 3, 2016."

In addition, Indian captions the picture with: "The open road deserves a bike to honor it."

Not much to work with there. However, a document released earlier this month on the California Air Resources Board website may help.

The CARB document also states the Springfield has an equivalent inertia mass of 520 kg. If I had paid enough attention in high school physics to really understand what that means I probably wouldn't now be making a living writing stuff on the internet. But the relevant information is that the Springfield's EIM is similar to that of the Chieftain and Roadmaster, which are both listed at 530 kg.

Whereas the EIM for the Chief Classic, Chief Vintage and Chief Dark Horse range between 470-480 kg.

What does all that mean? Well, I'm not entirely sure. But that larger number, along with the "open road" snippet from Indian, suggests this will be some kind of touring-focused bike. The touring segment is incredibly popular among the big V-twin crowd. For example, 80 percent of the bikes Harley-Davidson sells in the United States are from its touring lineup.

So, although Indian already has the Chieftain and Roadmaster (and, to a lesser extent, the Chief Vintage) it probably feels there's room to expand even further. Perhaps we'll see something akin to the Harley-Davidson Road King: no fairing but hard bags.

Your guess is as good as mine—probably better—but the fact Indian is being so low-key about whatever it has up its sleeve suggests this won't be a major departure from what we've already seen.

The good news is we won't have to wait long. The bike is set to be revealed next week.