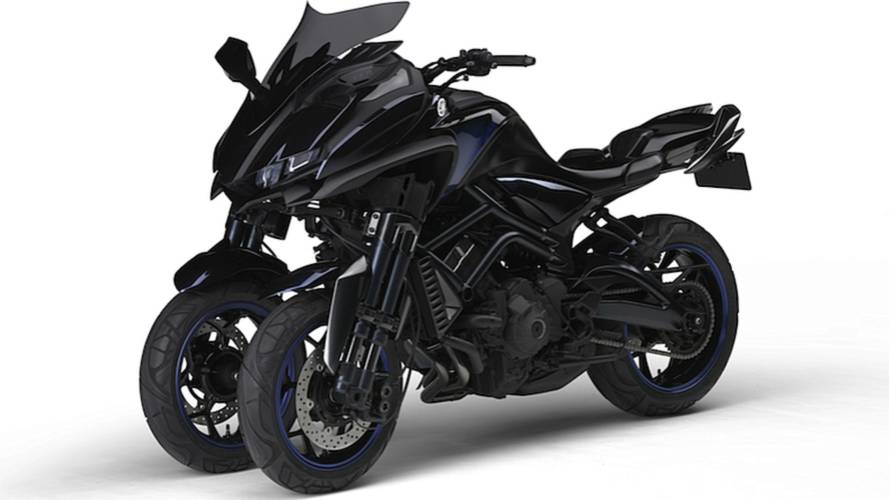 The leaning three-wheeled Yamaha MWT-9 could be the next big thing for beginners and older riders alike.

There are strong rumors that a leaning three-wheel version of the Yamaha FZ-09 displayed as a concept model last October at the Tokyo Motor Show is bound for production.

Originally described by Yamaha as a "leaning multi-wheel concept," the MWT-9 is powered by the same 849cc triple that drives the FZ-09, FJ-09 and XSR900. However, dual wheels up front are designed to help improve stability and increase rider confidence.

Three-wheel vehicles are becoming increasingly popular, especially in North America, where manufacturers need to hold on to an ever-aging riding population mixed with a desire to make motorcycling easier for new riders to get involved.

However, thus far, big-engined three wheelers have been more static, like the Can-Am Spyder or Harley-Davidson Freewheeler, and don't offer the same experience as two-wheeled motorcycling.

Meanwhile, leaning scooters like the Piaggio MP3 are becomingly an increasingly common sight in Europe's congested cities, allowing riders the convenience of a motorcycle (e.g., for lane splitting and easy parking) with less risk of toppling over on subpar road surfaces.

The MWT-9 would be the first vehicle to combine these two ideas, with Yamaha claiming the vehicle as a "cornering master."

The MWT-9 will use a setup similar to the one that already exists on its Tricity scooter, but obviously the larger engine — capable of roughly 118 hp in its FZ-09 guise — will see this vehicle more geared toward performance. As will placing the two suspension arms on the outside of the wheels, allowing for steeper cornering.

Observers at the time noted that the vehicle looked particularly production ready. And now British moto site Visordown has reported that Yamaha representatives have told it that the MWT-9 will likely be in production within the year.