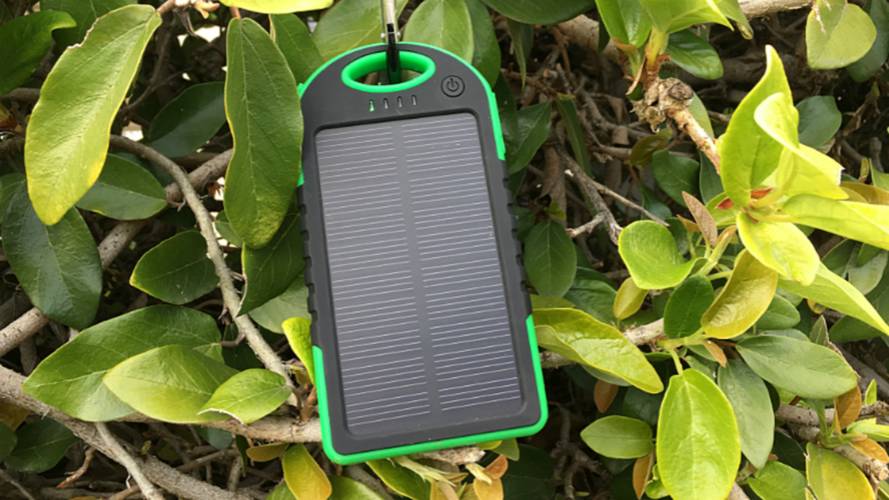 We come across a huge variety of products in our efforts to find equipment, clothing and devices that will make your riding experience or outdoor adventure more satisfying. A great deal of it is carefully designed and cleverly targeted to make our lives just that little bit better. However, we do occasionally come across something that doesn’t meet our expectations. In these instances, we feel duty bound to report our findings so you might be better informed.

Don’t get us wrong, the Bracketron Xolar5000 Sport solar charger performs adequately, but there are other products on the market that do it better.

The idea of solar power is immensely appealing. After all, it’s an infinite power source, totally sustainable and essentially free. The difficulty is effectively harnessing that power for our purposes.

The Xolar5000 Sport calls itself a solar charger for mobile devices, but perhaps the first indication that this product wasn’t going to meet our expectation was a phrase we found on the instruction sheet. “Solar charging is for emergency use only, please avoid prolonged exposure under the burning sun.” A solar charger that can’t be left in the sun? Could be a problem.

All is not lost, however, because the device can be charged from an electrical outlet or laptop USB port in a claimed 5-7 hours. They also claim it can be fully charged by sunlight in 10-12 hours (we’ll address this later). For now, let’s take a look at the features of this new product.

It has a bright, robust, water-resistant and shockproof design that is instantly appealing. It also has the handy carabiner attachment point that all outdoor devices now seem to require.

On the front are four LEDs that indicate charging status and battery power. The first green light tells you that solar charging is activated. This light turns blue, along with the remaining LEDs, to indicate the amount of stored power.

You charge the unit by opening a rubber cover and exposing the mini-USB port. The supplied USB cable is then connected to either an electrical outlet or laptop to fully charge it. Once charged, there are USB outlet ports on either side of the Xolar5000 Sport, allowing you to charge up to two devices at once.

Charging ports can be found on both sides of the unit, protected by pivoting covers.

Another useful feature is a small LED flashlight, which is activated by pressing the power button twice.

We charged the Xolar5000 Sport from an electrical outlet on several occasions, ensuring all four LEDs were lit and the battery was at maximum capacity. We then connected it to an iPhone to see how much charge it carried. Despite claims that it could charge a smartphone twice, we found it could only charge our phone once before its battery was depleted.

We then left the Xolar5000 Sport outdoors for the prescribed 10 hours. We placed it in the shade (as well as some direct sunlight for several hours) before connecting it to a phone. Yet it could only increase the phone’s charge by 7 percent.

We then repeated the process, only this time we left it in direct sunlight for another 10 hours. When connect to a phone, it was able to recharge 10 percent of the phone’s battery before being depleted.

If you regularly venture off-grid and know that a 10 percent charge might be the difference between getting help or being stranded, the Bracketron Xolar5000 Sport could be a useful gadget to carry. It’s certainly cheap enough. However, other devices dwarf its relatively small power storage capacity: Our current favorite is the Braven BRV-Bank ($99.99). It takes about the same time to charge from an electrical outlet, but was able to replenish our iPhone four times. It also has built-in Bluetooth, so it can be monitored from a dedicated app, and it comes with a powerful USB flashlight for finding your way around camp in the dark.

When we visited the Xolar5000 Sport page on the Bracketron website, we found this device on special offer for just $18.99, making it a more attractive proposition given its potential benefits.