Zero Below Zero — Hurry Up and Ride! 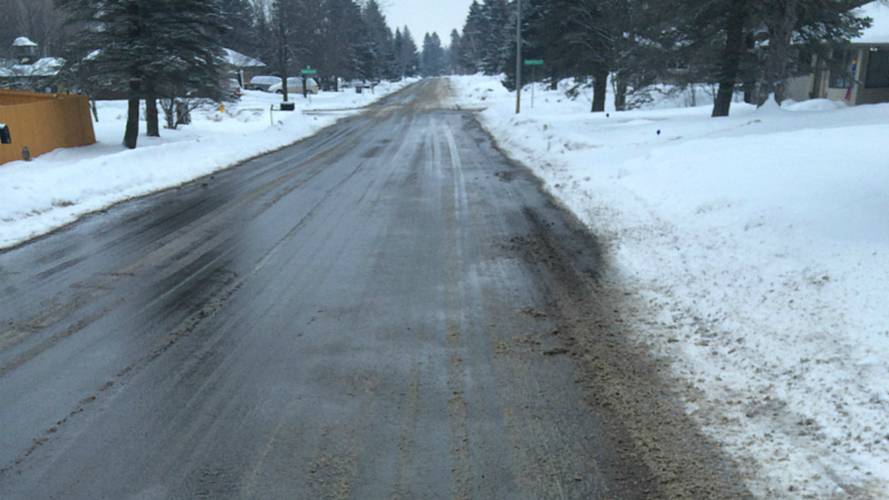 If Randy wants the full Zero Below Zero experience, he has to act fast! Duluth, you see, is getting warmer...

We ran a story in January about Aerostich's wild plan to test the Zero FX in freezing Duluth, Minnesota. With their permission, we will be sharing the blogged thoughts of their select group of testers. Stay warm and enjoy!

It is getting warmer by the minute...

Never did I expect there would be a time in Duluth, Minnesota when I would be rushing to get out and ride before it got any warmer. My wife was wondering why I had an urgency about getting ready this cold morning. I told her, “I have to get this ride on the Zero done while it is at least a couple degrees below zero. It is getting warmer by the minute so I need get going soon.” She laughed, and rightfully so.

Sure, we have had many rides below 0°C but in Duluth, Minnesota. That doesn’t count. We know well the difference between below freezing and below zero. Commuting in below freezing temps is common among the riders at Aerostich. No big deal. Happens every Fall and Spring.

It makes me think of the words Paul Pelland said when he visited us. “I should have said kilometers!” If he had it would have saved him about 378,000 miles of riding on his quest for one million miles of chasing the cure for MS.(http://www.longhaulpaul.com) But when Paul reaches a million miles he will have the satisfaction of an amazing accomplishment that will inspire others with MS into the distant future. Hitting the “real” below zero mark was like that for me on the authenticity side, although at a MUCH lower level of difficulty. Keep it up Paul!

The real challenges of cold weather commuting have been visibility and hand warmth. My previous commute home was at 10°F at night. Roads were clear with no traction issues. I tried an Anti­Fog/Anti­Frost Gel by Sven Can See on my face shield before the ride home. At 10°F it worked well and I was able to keep my shield closed for almost all of the trip while also being able to breath normally. You learn many techniques for controlling the flow of your breath when trying to keep your shield from fogging up while riding in the cold. So far I have been able to make it work mostly by opening my shield at each stop. The Anti­Fog allowed me to skip opening my shield for most stops which did help keep my face warmer.

I was using mid­weight Winter leather gloves for the 10°F ride home but they were not enough. Even with the heated grips, my finger tips were fully numb by the time I got home. A quick dismount of the Zero and trip to my kitchen sink with warm water produced weird sensations of cold that turned to pain as the feeling came back. My fingertips hurt the rest of the night so I experienced mild frostbite. My toes were a little cold too as I was wearing an older pair of thin leather street boots.

Tomorrow morning was going to be much colder so I dug into my gear shelves and pulled out my Aerostich Combat Lite boots, my Aerostich Triple Digit Raincovers and a pair of heavy Winter leather gloves. I tried different combinations of gloves with the Triple Digit Raincovers pulled over them but I couldn’t really move my hands well enough. I would need larger raincovers to make it work. I decided to just use the heavy Winter gloves and hoped they would be enough. My forehead was also cold on the ride home so I planned to wear a fleece headband in the morning.

So far I still haven’t used any electric gear inside my Roadcrafter Classic. I tried to use my Aerostich Kanetsu AirVantage electric vest under my Darien TLTec Wind Blocker fleece liner but my suit ended up too tight and restricting so I stayed with just the liner. At 7 miles, my commute isn’t long enough to lose too much internal body heat even in below zero temps. Just 3 more miles could change the equation. If I kept up this foolishness for an extended period of time and wanted to try some longer Winter rides, I would use the Aerostich Kanetsu AIRVANTAGE Electric Liner by itself or add an Extended Gusset to my Roadcrafter.

As I left home to commute to Aerostich the outside temperature on my garage thermometer with external sensor was at -2.4°F. I tried another video with the prototype smartphone sleeve velcroed above the left logo pocket on my Roadcrafter with the expectation that my iPhone would get too cold and shut down during the ride. The roads were clear and traction was good for the uneventful but windy ride through Duluth’s downtown. I also learned the limit of traction for the studded rear tire as at one point I spun it while accelerating on the downtown brick road surface.

Face shield visibility was an issue almost right from the start. I was determined to keep my shield closed during the trip but breath freezes instantly on the shield in below zero temps. Breath control and sunlight allowed me to keep the shield closed for the whole trip. The sun was bright and hitting my left side. Amazingly it was just enough to keep the frost at bay. For 80% of the trip I could see only out of the left side of my face shield which made a merge to the right tricky towards the end as I listened for cars and tried to make out the street by looking through the frost.

As I arrived at Aerostich my fingers were just getting too cold at my fingertips. Much better than yesterdays ride home even with the temperature being 12°F colder. My feet were fine as the heavier construction of the Combat Lites provided sufficient insulation. The fleece headband kept my forehead warm.

The iPhone surprisingly was still on. As soon as I stopped the video it immediately shut down. I had to warm it up inside to get it to turn on again so I could take a picture of the temp and dash gauges on the Zero for the record. The key to cold weather use of smartphones for taking video is to start with a full charge and warm phone and let the current draw of shooting the video help keep the batteries warm enough. The neoprene sleeve for the prototype smartphone holder also helps keep in some heat.

To make commuting in below zero temps work long term some changes would need to be made.

Add hand guards to the Zero or use electric gloves. My DR­650 has guards and I can commute with regular Summer gloves down to about 32°F just by blocking the wind.

A heated face shield or goggles and a neoprene balaclava with no face shield. The local fat tire bicycle riders all seem to use goggles and covered faces in the Winter but they are not traveling very fast. I haven’t tried a two layer face shield yet but expect breath to still freeze in below zero temps. Snowmobile riders have this all figured out already.