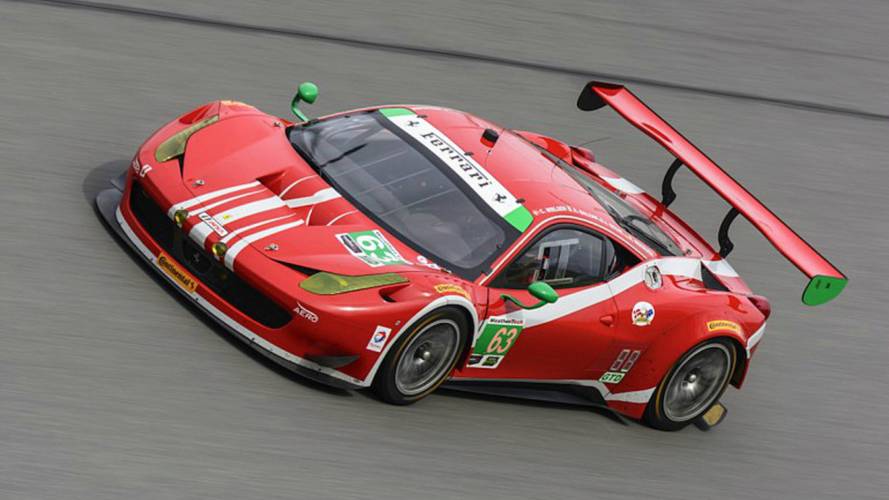 For a majority of us enthusiasts out there, the world of sports car racing can be needlessly complicated by the numerous different series and categories, each with their own rules and regulations. For the casual fan, all the clutter can really interfere with the experience, not to mention the scarcity of coverage when compared to Formula 1 or NASCAR. Even as an avid follower, I still have trouble staying on top of the latest news and development in the sport.

A couple weeks ago I had the opportunity to chat with Scuderia Corsa driver Jeff Segal about pretty much everything under the sun in terms of sports car racing and particularly in North America. To briefly summarize his resumé, Jeff has truly climbed the American motorsports ladder from karting champion to becoming the youngest Ferrari Challenge winner at 17 yrs old, and continuing on to compete in the Continental Tire SportsCar Challenge, Rolex Sports Car Series, American Le Mans, and now United SportsCar Championship.

DriveApart (DA): Catching the bug- How did you get into cars and racing?

Jeff Segal (JS): I actually got into cars and racing very organically. It was always something I wanted to do, just like every other kid who dreams of becoming a racing driver, except I never grew out of it. My dad actually owned a car dealership and by the time I was about 4 yrs old, I was already a car nut.

In terms of racing, I started karting at 12 and really began climbing the ranks until I was 15 and was ready for the next thing, and that’s when I had my first ride in a Ferrari 360 Challenge Car.

DA: Why sports cars instead of the typical open-wheel formula car route?

JS: It was just always what I wanted to do, and when it came time to transition out of karting, that was the direction I wanted to go in.

DA: With these modern GT cars, are they almost on par with the purpose built racers?

JS: Honestly it’s all changing so quickly nowadays. When you think about how far things have come in the last 5-10 years, it’s nuts. Not too long ago this category had 6-speed manual transmissions, no paddles, power steering, or ABS, and now we have all these fancy gear boxes, adjustable everything, and buttons that do everything. Particularly in the GT3 category, all this aero, down force, and huge sticky tires is totally new and the manufacturers are actually developing these cars for racing.

DA: On that note with the speed and reliability of modern sports cars, what differentiates modern endurance racing from sprint racing?

JS: My first 24 hour race was in 2007, and so at that point the sport was already at the level where reliability was at the point where drivers drive 100% and if something breaks than the mechanic’s response is simply that it shouldn’t.

The other thing is that with shorter sprint races, we’re really able to strategize pretty much the entire race and more or less hold to our game plan, but with the longer races, it’s so much less precise. Obviously there’s a few strategies floating around, but you just can’t predict having a flat, incident, or even other cars having a big collision.

I guess the difference from a driver’s perspective would be troubleshooting. Nowadays with all the technology we have on the steering wheel and in the cockpit, a lot can be done while on track. It really comes down to knowing how to get things taken care of in the most efficient way possible and being able to handle adversity. You do have the luxury of being able to gain back lost time, but the flipside to that is there is more time for things to go wrong.

DA: The other thing that makes sports cars so exciting is how close everything is despite the huge differences between the models. Do certain cars have a leg up on certain tracks or in certain conditions?

JS: They definitely have their own characteristics and personalities still, and you definitely see some slight trends, but we’re all surprisingly equal. For example, the Viper is a big bruiser with really good acceleration but also a bit heavier and not necessarily the fastest at the end of the straightaway. The 911’s still have loads of grip over that back axle which really helps in the rain, and the Ferrari particularly the 458 was really well balanced and really slippery through the air which helped with top speed.

This is really the golden age of racing with all the history involved. Just looking at the grid we have Porsche’s, Corvette’s, and Ferrari’s all mixing it up out on track.

DA: IMSA United SportsCar Championship- What has changed since the days of having two different racing series?

JS: To sum it up neatly, they’ve gotten rid of the clutter. By combining, they’ve really been able to solve a lot of logistical issues and also integrating things from both series. It’s the same faces, same drivers, just maybe they’re working on/driving different cars.

For the fans it is the best of the best when it comes to sports car racing in the states, and now there’s only one place to look for everything.

In terms of the non-prototype classes, we now have GTD and GTLM. GTD uses the GT3 category cars which are just slightly more production-based than the GTLM cars which have more aero and options. The GTLM class is essentially the same as the GT2 category and the GTE class for WEC races.

This year I will be racing in GTD for the IMSA racing and the GT2 car at Le Mans. Last year we finished 3rd in class with rookie drivers so this year we’re really shooting for that top step on the podium for Scuderia Corsa. To take the win at Le Mans in a Ferrari would be amazing especially with all of the history there.

DA: Apart from what we see before each race, how much opportunity is there for practice and testing?

JS: Just like anything else there are rules to keep us in place and really contain costs so bigger teams aren’t able to have five test days to other’s one. Throughout the season we really only get about 4-5 times max with 3 of these at tracks we will race at and 1 or 2 just to shakedown a car and make sure it’s ready. Because of this when you go testing it better be as productive as possible with no incidents and you really have to push every single lap you can get.

DA: With simulators getting so advanced in recent years, how does that change the game?

JS: So this is actually quite a personal topic since I actually just opened a training center in Miami and coach mostly drivers in the Ferrari Challenge series.

The experience is actually so close that as a driver you get almost 99% of the benefit you’d get in the real car. With such limited testing time throughout the season this really helps make sure you’re not wasting time when you’re actually on the track.

DA: Last question- When you’re not driving for Scuderia Corsa you are_____­­. What hobbies/side projects do you have?

JS: Honestly between racing and driver coaching, I really love my job and cars, and it’s just what I’ve always wanted to do.

Aside from that though I do the usual cycling and running, but I really spend as much time at the kart track as I can. I also recently bought an older sports car that has turned into more of a project car than I was originally intending.

The IMSA SportsCar Championship race will be March 19 for the legendary 12 hours of Sebring.

For the latest news you can go to the teams website at http://www.scuderiacorsa.com and give Jeff and the team a follow on social media.