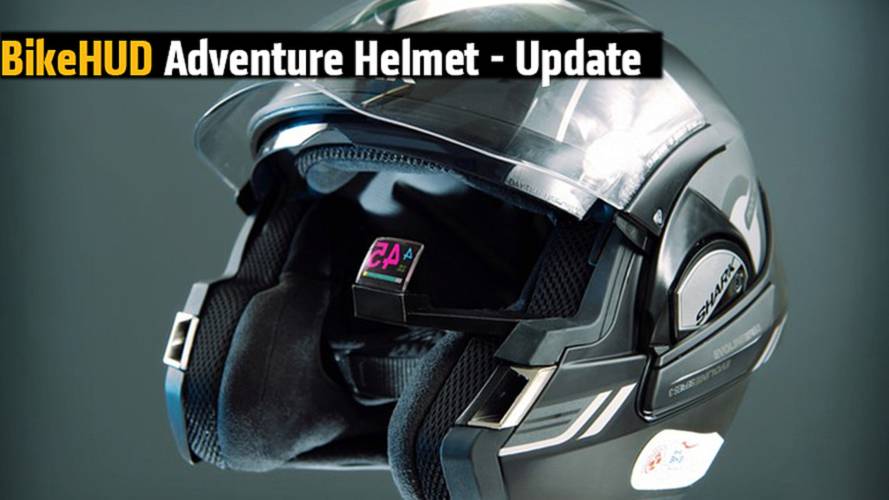 We check back in with BikeHUD as they develop a Heads Up Display system that will work in any helmet.

Skully Helmets has been making waves in technology with the development of the AR-1, but the idea of a Heads-Up Display (HUD) motorcycle helmet is nothing new and they aren't the only name in town. With manufacturers like NUVIZ and Reevu making HUD helmets, we'll soon see an arms race similar to that of new motorcycles, but with gadget-filled helmets or gadgets for helmets.

Helmets that react and monitor the motorcycle and rider are bringing in a new riding experience. Even if the first versions of the helmet aren't stellar, the competing development from multiple companies will eventually help produce great products. May the best tech for the helmet win.

We've previously covered one of those such competitors, the BikeHUD system. The team behind the BikeHUD have been working on an updated version of their system with some cool new features.

There is one definite design item that makes the BikeHUD stand out from other options like the Skully AR-1. The BikeHUD can be installed in your existing helmet. It is an add-on system to both your bike and your helmet. For us that's a nice bonus especially when you have to replace your helmet or decide to get a new bike. Move the equipment over and ride on. You can dish out the dough for the system and be confident that the helmet is up to the task… that is, if you like your existing helmet.

Beyond fitting in your current helmet it also shows speed, GPS navigation, safety cameras and interfaces with your smart phone to play music and show who's calling.

READ MORE: The Future of Motorcycle Helmets? The Skully ... - RideApart

The system consists of the BIKEHUB controller that collects and processes information from the bike such as engine revs, indicators and more together with its own built-in GPS information for speed. The BIKEHUB is at the heart of the system that communicates with all their existing components and is set up for plug and play of future components.

Cameras are used increasingly by bikers. The system employed with the BIKEHUB allows the camera to be controlled extensively with quite a few attractive options. The ability to switch off the telemetry and/or video recording is nice, you may not want to record a few moments of a ride or simply make sure you save a section by not running out of memory. You can run the rear camera as always on or hit it on demand via the controls. Nice if you want it as a rear view system.

READ MORE: GoPro HERO3+ and Motorcycles: How To Get Started

Luckily, Bike HUD is remaining strong and charging forward with its development. The Adventure series display is a far better looking and seemingly better functioning system than the Bike HUD Classic, which was a clunky and large item that had a chance of blocking a great deal of your vision. The Adventure is mostly transparent and far smaller.

You can check out even more on their Kickstarter page (on RideApart). Looks like they could use the help to meet their goals.