The CB1100 Honda Should Be Making 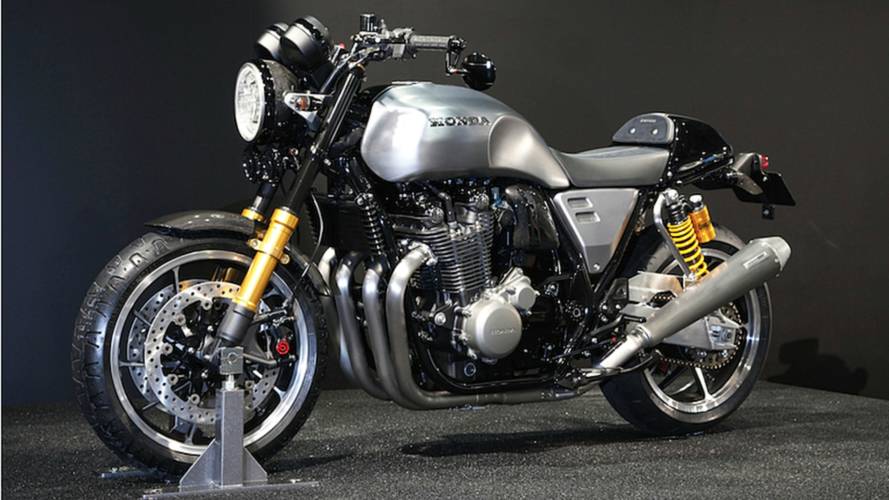 The Honda CB1100 and CB Concept debuted at the Osaka Motorcycle Show may point towards a new, expanded platform for Honda.

This past weekend's Osaka Motorcycle Show delivered a number of interesting concept bikes, including a version of the Honda CB1100 that we're desperate to see turned into a production machine.

Looking fit to go head-to-head against the likes of the BMW RnineT and Triumph's new Thruxton R, the CB Concept Type II is a sexy retro roadster that Honda describes as "a new direction" for the model.

Something of a slow burner in terms of popularity, the retro-styled CB1100 was introduced to Western markets in 2013 in an attempt to capitalize on the booming retro craze (it had been available in Japan since 2009).

Powered by an 1140cc air-cooled inline four (at that time, the first air-cooled bike from Honda in two decades), it offers up 88 hp and a riding experience that some critics have described as just a little too user-friendly. The CB1100 has gained a minor cult following, but hasn't exactly set the motorcycling world on fire. Perhaps as a result, it's been subject to several minor tweaks in the intervening years.

All signs from Honda are that even more minor tweaks are on the way. In addition to the Type II, Honda also displayed a bike dubbed simply "CB Concept" that looks very similar to the existing production model.

The presence of two concept models, both looking entirely ready for production, has led some to speculate that Honda is eager to expand the platform, following a tactic similar to the one adopted by Triumph with its multifaceted use of the Bonneville.

The sportier-looking Type II is the bike that really grabs our attention, though. Bedecked with Showa forks, Öhlins rear shocks, Brembo brakes, LED lighting the front and rear, alloy wheels and a 17-inch front wheel, the bike appears to be more performance-focused than the standard CB1100.

In part, the concept bike exists to show off the customizing potential of the CB1100, demonstrating what the bike can become with some imagination. But the good news for those of us lacking the know-how or financial wherewithal to build such a gorgeous machine is that this may not be just a concept.

According to British motorcycling newspaper MCN, Honda is already in the process of track testing the Type II and a production version may not be too far away. We hope that's true; this thing is gorgeous.

Meanwhile, the tweaks spotted on the looks-the-same-as-before CB Concept are expected to show up on production models within the year.