Riding on the Wrong Side: Electric Motorcycles Have Arrived, Have We? 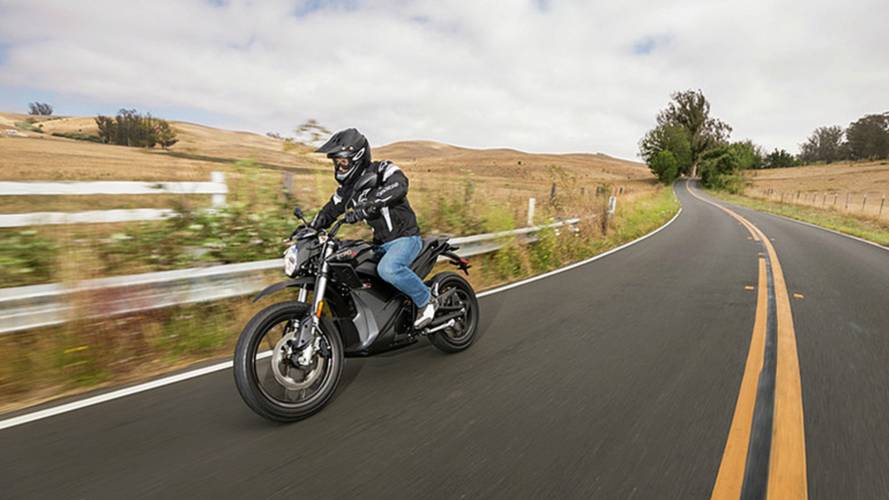 It's clear: Electric motorcycles are here, but are most motorcyclists ready to transition?

Not too long ago, I got a chance to spend a day tearing around on a Zero DSR. It was the first time I had ridden an electric motorcycle and I came away surprised at just how much fun an e-bike can be.

When I returned home to the palatial Cope estate (our one-bedroom apartment), I couldn't stop singing the bike's praises to my wife. My time with the DSR had convinced me that electric motorcycles are "there," I told her. So often when motorcyclists discuss electric, we insist that the technology— specifically, the available range —hasn't arrived in terms of practical usability.

But my own experience had shown that getting 120 miles from a full charge was entirely possible. In fact, that estimate may be a little conservative. Zero claims 147 miles of range, and I think that's realistic. Either way, it really is "there" in terms of distance that the average American motorcyclist rides on any given day.

Anecdotally, I'm thinking of the riders I grew up around in Texas and Minnesota. In my mother's hometown of Lake Jackson, Texas, there's a 4.5-mile stretch of road called Oyster Creek Drive that runs the width of the city. On nice evenings, dudes will get off work at the Dow plant, drive home, then hop on their Harley-Davidson Street Glides and Street Bobs. They'll rumble up and down the strip once or twice, stop for a beer downtown, and be home in time to watch the news.

At most, one of those dudes will clock up 20 miles in a night. On a Sunday afternoon, if it's not too hot, he might ride the 15 miles out to Surfside Beach, putting in roughly 50 miles that day with some back and forth. If he goes any further than that, though, he'll take his truck. The days when his mileage would truly exceed a Zero's current range are few and far between.

Within the world of motorcycling websites like RideApart, it may sound like I'm being insulting to those dudes. Because, after all, all of us are super-hardcore awesome riders, doing an Iron Butt a day in dirt while getting a knee down. That's certainly the impression people like to give in comments, at least. And people on the internet never lie.

But there's evidence to suggest that outside our interwebs fishbowl, the American motorcycling experience allies more closely to that of riders in Lake Jackson. According to the 2015 Powersports Business State of the Industry Webinar, the average American rides just 2,809 miles a year. That's 234 miles a month, or less than two full charges for a Zero DSR.

Meanwhile, over here on the other side of the Drumpf wall, the average UK rider manages roughly 7,500 miles annually. That's still not very much, and an electric motorcycle remains viable. Charge points are to be found in any number of places, including "services" (rest areas with gas stations and fast food), which are located every 20-40 miles on the motorway network. Some charge points are even free.

And, of course, all that overlooks the true purpose of most electric motorcycles: commuting. Easy to ride and almost totally maintenance-free, electrics are incredibly well-suited to urban/suburban use and equipped with a range that will meet most people's needs.

Many moons ago, when I was stuck living in Southern California, I had a daily commute of 40 miles each way from San Diego to Carlsbad. It was a painfully long drive. I listened to learning CDs in my car, and within a year had become fluent in Welsh (which is more or less how I ended up moving here). That 80 miles a day is within a Zero's ability, though, even ignoring the possibility of plugging in the bike while at work.

"It's silly that more people aren't riding electric," I told my wife. "It just makes so much sense. A bike like that, you just get on and go. It's easy; you're more aware of your surroundings. It's such a great experience and it really is do-able in terms of range."

"You should get one," she said. "You could trade in your Suzuki."

"You just said it would be possible to get up to Scotland in a day," she said, her voice now picking up the West Country lilt she uses when shooting holes in my arguments.

"I did, yes," I huffed. "It would be a long day, though, and would require some judicious planning."

"You're not capable of planning?"

"No. I mean, yes. I am. I could. But it's not a bike that fits my lifestyle. My motorcycle use, as a moto-journalist, is different. An electric bike wouldn't really work for me."

"Hmm," she said. "It sounds like you're saying everyone else should be doing something, but you don't want to give up your rumbly toy."

I still think my particular case is unique. A motorcycle is my only means of transportation and there are times when I have to travel pretty far for professional purposes. To test ride the Zero DSR, for instance, I had to ride 120 miles to Birmingham— that's a 240-mile day. Last week I had to travel to Peterborough, England, for a meeting; some 400 miles round trip. But I do think my wife may have stumbled upon something.

Perhaps the biggest obstacle for electric motorcycles isn't range or cost, but motorcyclists' unwillingness to change. Thinking about this, I started to look at many people's arguments against electric and I was struck by their similarity to the arguments people give for not riding at all.

No doubt you've been in that situation where you mention riding to a friend or coworker, who suddenly gets a dreamy look in his or her eyes and says something like: "Yeah, I've always wanted to get a motorcycle."

To which the obvious answer is: "Well, why don't you?"

Unless you're being wheeled around a care home it's not too late to start riding. But rather than concede to this impeccable logic the person will offer a profusion of excuses. Excuses that mask his or her true reason for not riding: They can't be bothered to learn how to do something different.

Essentially, that's what those who refuse to consider e-bikes are doing. They're muddying the water with a thousand excuses, trying to hide the simple fact that, golly, they just don't want to ride electric. Motorcycling is an activity that requires certain concessions of inconvenience, but they're unwilling to make these particular concessions.

I guess I shouldn't say "they." It's more appropriate to say "we." Because my wife is right – although I'm happy to take the high ground of telling people they should help save Earth by riding electric, my actions say I'm unwilling to join them.

I make my excuses about range and cost (moto-journalism isn't the most lucrative career), but quietly I know that if I didn't personally have those obstacles I still probably wouldn't be buying electric. Probably.

Maybe I would. It's a lot of fun, after all. I don't know. The fact is, although I think electric motorcycles are "there," I'm not entirely sure that I am.