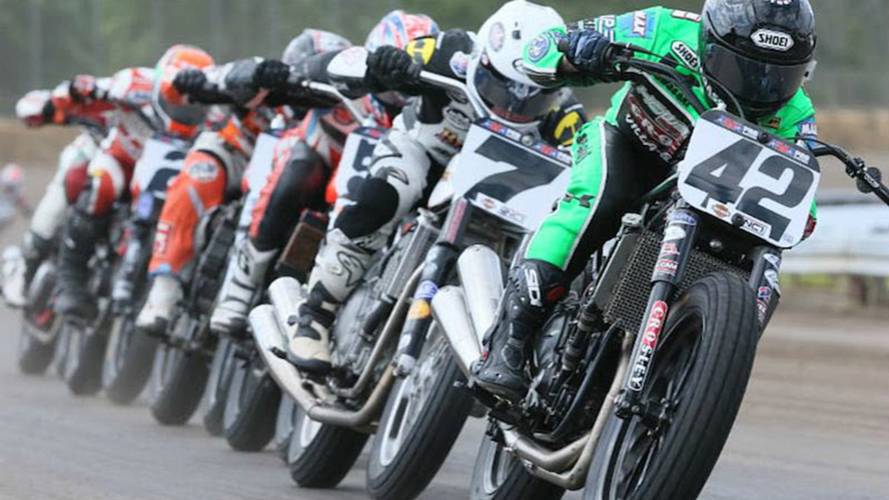 If you're in Austin this weekend (or want an excuse to go), be sure to check out the inaugural Harley-Davidson Lone Star Half-Mile AMA Flat Track race.

One of the world's top-level dirt track racing series will be hitting Austin, Texas, this weekend amid the hullabaloo of the Red Bull Grand Prix of the Americas event.

The inaugural Harley-Davidson Lone Star Half-Mile will take place at Austin's Circuit of the Americas (COTA) on Saturday, bringing the grit of dirt track to the glitz of Moto GP. It's not such an odd combination; the AMA Pro Flat Track series is one of the longest-running and most well-respected championships in motorsport. And it's famous for producing a number of the United States' greatest Moto GP racers, such as Grand National and World Champion Kenny Roberts, Wayne Rainey and Nicky Hayden.

For those unable to attend Saturday's event, the races will air live on FansChoice.tv, the official home for live-streaming coverage of AMA Pro Flat Track events. The site also provides coverage of IMSA's development and single-make series, and NASCAR's touring and weekly series.

Mees and Smith will duke it out at the Austin facility in a repeat of the 2015 Summer X Games, where Mees led for the majority of the event until technical difficulties cut short his race, allowing Smith to gap the pack and take home the gold medal.

Fans at Saturday's event will also get a chance to see Roland Sands Design and the Super Hooligans put on a show during the evening with custom-built street bikes hurtling around the track.

Tickets can be purchased online at texasflattrack.com/tickets –– teenagers between the ages of 13 and 18 will receive half-priced admission at the gate and children 12 years old and under are free.

AMA Pro Flat Track comprises two classes: The first is the Harley-Davidson GNC1 presented by Vance & Hines class, which features the world's elite flat track riders. The second is the GNC2 class where up-and-coming athletes compete to earn their spot in the GNC1 ranks.

The popularity of flat track has returned in recent years thanks to the visceral nature of the racing; fans can hear the boots of competitors scraping against the packed clay surface and taste the dirt as bikes whip around the track at far-past-reasonable speed.

AMA Pro Flat Track has also grabbed the attention of elite international talent from MotoGP, in particular Marc Marquez and Valentino Rossi. Marquez has hosted and participated in a number of Superprestigio dirt track events.

Gates open at 6 p.m. CST on Saturday, April 9th. Upon the conclusion of road races at Circuit of the Americas, fans can come to a meet-and-greet session with AMA Pro Flat Track stars. Opening ceremonies for dirt track take place at 6:30 p.m.

Spectators coming from the Moto GP road racing can utilize COTA transportation. Fans arriving on motorcycles should head to McAngus Road, where a free grass parking lot has been designated for motorcycles only.

To find out more, visit www.texasflattrack.com