Calling All Hipster Bike Builders - The One Show 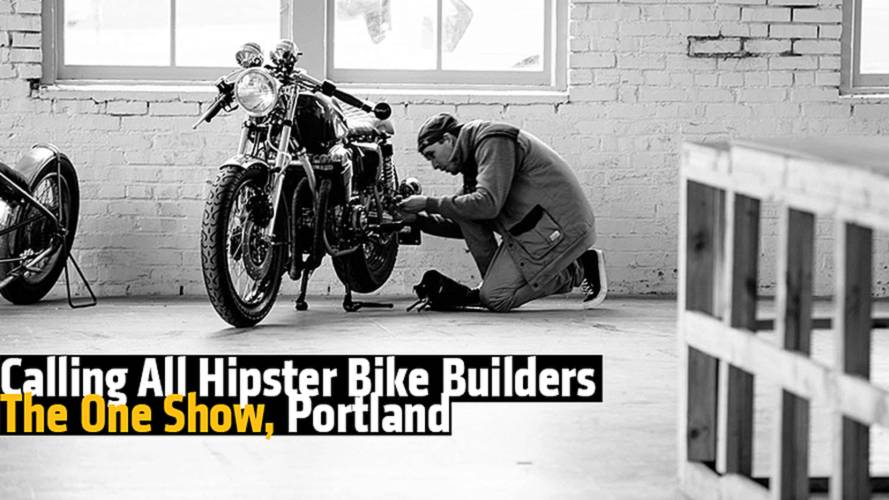 Calling All Hipster Bike Builders - The One Show Put on your best James Dean and smoke that hip E-cigarette ever-so-cooly, as your friends record you...

Put on your best James Dean and smoke that hip E-cigarette ever-so-cooly, as your friends record you being all inspirational and stuff while building your latest custom motorcycle. Hurry up and finish that crap video with some emotional sound track and get back to work, the Moto 1 show is coming Feb. 13th-15th, 2015.

See See Motor Coffee Company is getting ready for the show with their self-proclaimed prolific bike builder (watch below).

THE ONE MOTORCYCLE SHOW IS COMING! from See See Motor Coffee Co. on Vimeo.

The One Show is ranking up there as one of the coolest custom motorcycle shows in the U.S. The show started 6 years ago, as a way of welcoming the Spring. Although it's normally held in the North West... in February… So, it's not exactly warm and sunny in Portland during the show, leaving room for only the true riders and builders.

"We started picking up bikes for free and on the cheap. We pulled off the stuff that was unnecessary, put a little money into getting the cycles a bit more safe to ride, and rode the crap out of ‘em until we needed to rebuild. In the process we found the places where we could score parts, met people who could help us, and learned," - Founders of the One Show.

The One Show has the major issue of creating an event that now has become big, while all along attempting to keep it small. Similar to the growing pains of the Born Free show, who sky rocketed in popularity quickly outgrowing their original one-day-in-the-park plan, this year the One Show is a few blocks away from it's original location in a larger building in downtown Portland, 831 SE Salmon St. Portland, OR 97214. There's free admission too!

Photos courtesy of the One Show.