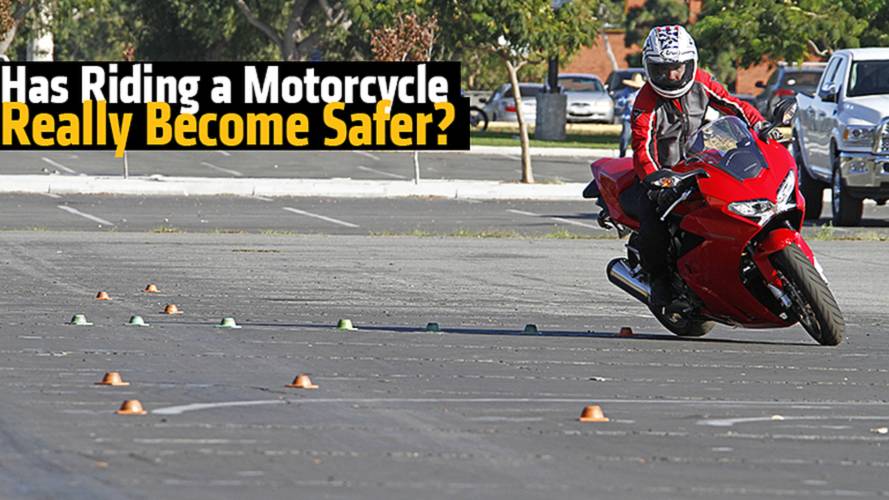 New numbers suggest riding a motorcycle is safer. Is it true or do the numbers tell a different story?

There is an encouraging two-year trend in the motorcycling world. Ridership is on the rise, many brands are tallying record sales, and now we get some more good news.

The Motorcycle Riders Foundation (MRF) reported the NHTSA's announcement of another drop in motorcycle fatalities for the second year in a row. These reports are always a year behind due to the nature of data collection and data aggregation. Nevertheless, the numbers are encouraging and may show the start of a trend towards safer motorcycling.

Fatal crashes where alcohol was a factor dropped by 117 deaths, or 8.3 percent. That is the largest decrease in alcohol-related accidents for any vehicle category. Also reported was the drop in the number of injured motorcyclists from 93,000 to 88,000, a 5.4 percent drop. Eighty-eight thousand still seems like an awfully large number, but consider that the number of passenger vehicle injuries is 2,046,000 for 2013. The drop in injured motorcyclists is, once again, the largest decrease in the category.

One unfortunate aspect of the report is that motorcyclist fatalities now make up 14 percent of the total fatalities. This is likely the direct result of more motorcycle licenses being issued and more motorcycle registrations being reported. Street motorcycles saw a 2 percent increase in sales in 2013, and manufacturers are reporting record setting sales for 2013, according to the Motorcycle Industry Council. As with any increase in a vehicle population, it is predictable that the total number fatalities would also rise.

Numbers like these are wonderful and certainly bode well for the future of motorcycling. Proper training, wearing safety gear, and driver education will all help to continue this trend. Laws alone will not fix the issue. People taking personal responsibility for their actions and paying attention to the road instead of playing Candy Crush at the light will do more than any legislation.