Happy 100, Beverly Cleary! — Author of "The Mouse and the Motorcycle" 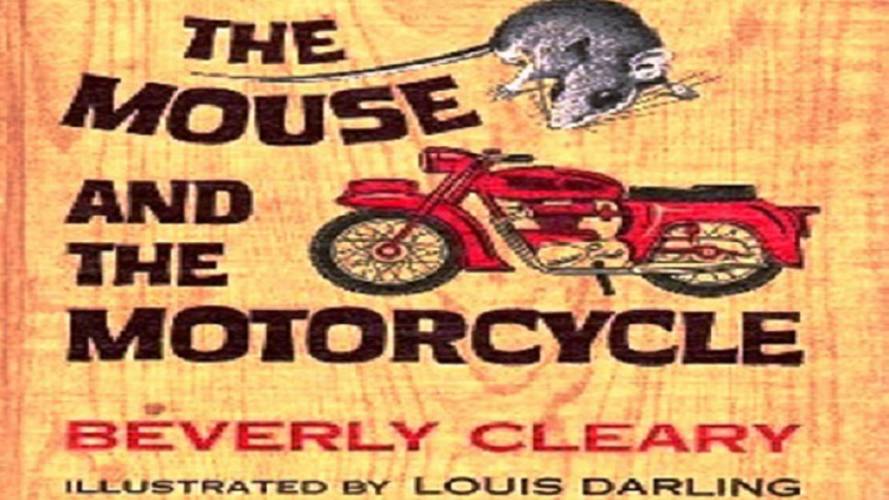 It's Beverly Cleary's 100th birthday! Celebrate with a youth-recapturing childhood moto favorite: The Mouse and the Motorcycle.

Happy 100, Beverly Cleary! — Author of The Mouse and the Motorcycle

Maybe your dad rode a motorcycle, or maybe you had a cool uncle or neighbor who did. But for me, the first real motorcyclist I knew was Ralph.

Ralph is the titular mouse in the Beverly Cleary book The Mouse and the Motorcycle and others, and today the author is 100 years old. Ralph's three stories combined heroism, adventure, action, and motorcycles in a way that appealed greatly to the bookish young me. Later, I would move on to science fiction and fantasy novels (like a lot of nerds), but at the time Mrs. Cleary's books were just fantastical enough for my mushy young mind to soak them all up like a sponge.

Mrs. Cleary wrote the first book in 1965, predating the real explosion of motorcycles in popular culture by several years. In 1965, the book must have seemed a bit daring, since it was still five years before On Any Sunday made motorcycling a pop culture hit. In 1965, in many parts of the country, the general public hadn't even had a chance to meet one of the nicest people on a Honda yet. However, here was this book—out of the blue—about a heroic mouse who faces great dangers and rides a motorcycle to save a young boy's life.

At the time, I remember questioning whether a ping pong ball cut in half would actually have any protection in case of a crash, but never that a mouse could make a toy motorcycle run just by virtue of making the right motor noises—such is the way a child's mind works. It was a pretty sweet bike too: a chrome and burgundy Triumph Speed Twin 500 from about 1959.

If you remember any of Beverly Cleary's books from your childhood, I mean besides this one, you know they mostly concern the everyday adventures of everyday kids. In many ways, they are like Seinfeld—just stories of the everyday kind of things that happen to kids, told in a humorous and entertaining way. So this one about the talking mouse was quite a departure. I don't remember much about the other books, except that Ramona the Pest had a doll named Chevrolet, and the doll had green hair. As you can see, this nice normal looking lady was actually quite a subversive when it comes to teaching kids about non-conformity.

The 1980s live action version is available in full on YouTube, as are both of the sequels (Fred Savage stars in the second one). If you have children of elementary school age, I highly recommend showing them this instead of reruns of SpongeBob. And Mrs. Cleary, I hope you live many more years without losing that childlike wonder that made your stories so relatable to younger readers. I also hope some grateful fan takes you for a motorcycle ride for your birthday.

You can watch The Mouse and the Motorcycle right here, and when you are done, go ahead and click Runaway Ralph, which features his adventures out on the road and in camp, and even a third film Ralph S. Mouse, which I didn't even know had been made.