Riding on the Wrong Side: This Will Probably End in Tears 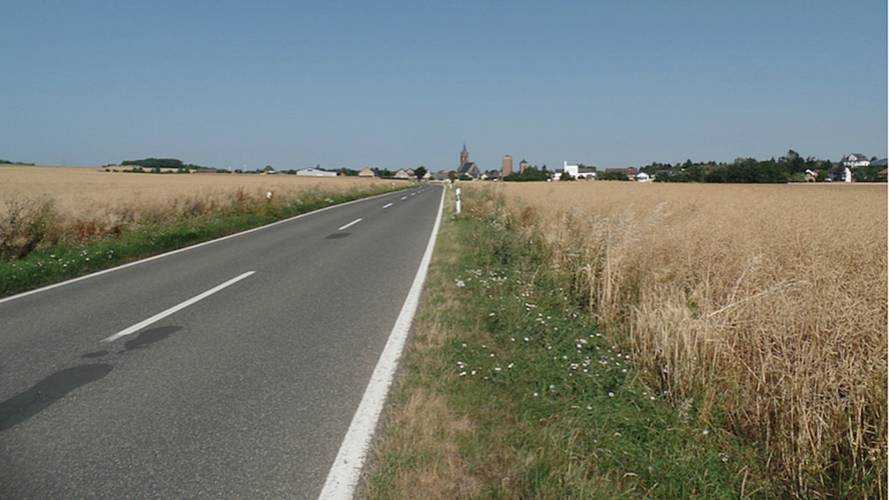 Riding on the Wrong Side: This Will Probably End in TearsLast week, Jason Fogelson published an article about the infamous Iron Butt Association, the...

Last week, Jason Fogelson published an article about the infamous Iron Butt Association, the worldwide motorcycle "club" where membership is earned by riding a stupidly long distance in a short period of time. Jason finished his article by stating: "I'd love to be counted among the world's toughest riders. Wouldn't you?"

Yes, I would. And coincidentally, just before I read that article I had signed up to take part in an event that will see me tackling my first-ever Iron Butt ride.

If I pull it off, I'll get to claim membership in the Iron Butt Association and, presumably, get a spiffy patch that I can have sewn into an Aerostich Roadcrafter or some such thing. If I don't pull it off, though, that'll be OK because this will be an Iron Butt attempt with a difference.

Unlike most attempts this won't be a lonely affair. I'll be on the road with more than 200 other riders, all helping to raise money for British military personnel as part of the Royal British Legion Riders' 1000 ride.

Riders getting read to set off on the RBLR1000.

The Royal British Legion is an organization that helps provide support to current and former military personnel, as well as their families. It's an incredibly active organization and one of its most famous fundraising initiatives is the Poppy Appeal. Folks from the UK will know what that is, but if you're unfamiliar with British culture it's an integral part of life here.

The initiative reaches its peak in the month leading up to Remembrance Sunday (the Sunday closest to Armistice Day). In those weeks, paper representations of poppies are sold in every shop, train station, and main street in the country. And just about everyone pins one to his or her lapel. Turn on the television during that time of year and poppies are omnipresent, worn by everyone from politicians and newscasters to reality show contestants.

Although most visible in the autumn, the Poppy Appeal raises money year round. And it's in support of that initiative that the RBLR 1000 ride has taken place each June since 2009.

When I first heard about the event I knew I wanted to take part, if not simply because it's partly organized by the Royal British Legion Riders Branch, a group of motorcyclists—the vast majority of them veterans—helping to support the work of the Legion. And those dudes are awesome. One of my favorite motorcycling experiences happened when I was amid a throng of Branch riders.

My fear is that I'll end up like this guy, but in an unsavory location.

Like a lot of people in riding organizations, many Branch riders wear leather cuts bedecked with patches that, if you didn't know better, might make them look somewhat nefarious. I was riding amid a pack of about 10 of these guys when we pulled up at a stoplight and one of them decided to crank up the stereo on the Indian Chieftain he was piloting.

On the stereo: Taylor Swift's "Shake It Off."

It took approximately half a second before the entire group was dancing along to Taytay's sick beat. Within another half second we had managed to coordinate our moves, a few of the particularly celebratory riders dismounting their bikes and beckoning to people to get out of their cars and join us.

So, yeah, this June I'll be riding with those guys. As well as members of the UK's Iron Butt Association, who are equally nuts.

Earning an Iron Butt badge in the UK isn't easy—if not simply because the country is less than 1,000 miles from top to bottom. And there are close to 70 million people crammed into it at any given time. Which means you can't just point yourself down a lonely highway and click on cruise control. There are no lonely highways; you have to navigate congested roads through heavily populated cities.

And more often than not you have to do it in the face of British weather. It never gets hot in Blighty and the odds of your riding 1,000 miles without hitting rain are extremely low.

Nonetheless, I'm looking forward to it. Which is to say that ever since I sent in my entry fee I've been jittery with fear. I worry I've made a terrible mistake and this whole thing will only end in tears. Or, perhaps snores. I mean, 1,000 miles in 24 hours; I'm the sort of fella who likes his sleep.

Still, I feel I'm capable of accomplishing the feat. In part because of a marathon ride I managed last year on a Victory Vision, speeding 685 miles from Milan, Italy, to Rotterdam, Netherlands, in just shy of 15 hours. The weather on that ride was horrendous—nonstop rain for about 6 hours—but apart from wet boots and gloves I came out of it OK.

The bike I'll be using to attempt my first Iron Butt ride.

Admittedly, the Vision is a more comfortable bike than my own Suzuki V-Strom 1000, equipped with heated seats, cruise control and a radio to help fight boredom. So, perhaps one of the main things I'll be doing between now and June 11th is working to increase my Strom's levels of comfort. The seat is famously large, but maybe I should do that sheepskin thing. Anyone know if that actually works?

As I say, though, it's OK if I don't finish because either way I'll be raising money for a good cause. I've had the pleasure of meeting a number of veterans and current military men and women in my 10 years of living in the UK, and I'm always struck by how friendly and good humored they are. Perhaps, too, I feel a fondness for them because the UK has been such a staunch ally of the United States for more than a century.

888,246 poppies at the Tower of London, symbolizing each British military fatality in World War I

And this is the part where I transition into an awkward pitch for donations. As part of my participation in the RBLR 1000, I'm being asked to raise at least £50 (US $70) for the Poppy Appeal. My plan is to simply contribute that amount myself, but I have set up a GoFundMe page to collect additional funds.

Yeah, I know. GoFundMe. It's the site used by Gixxer brahs when they crash wearing no gear and need money to pay medical bills. But, of the crowdfunding sites I'm aware of, it's also the one with the lowest fees. And I want the most money possible going to the Poppy Appeal.

Additionally, the site allows donations in different currencies. So, if you're reading this in the United States, or Australia or Spain, you can still help out. That is, if you want to. If you don't want to, that's OK.

I'm hoping though that the reach of RideApart can be used to help out some very cool people. All of the money collected will go to the Poppy Appeal. To donate, visit: www.gofundme.com/ironbuttchris