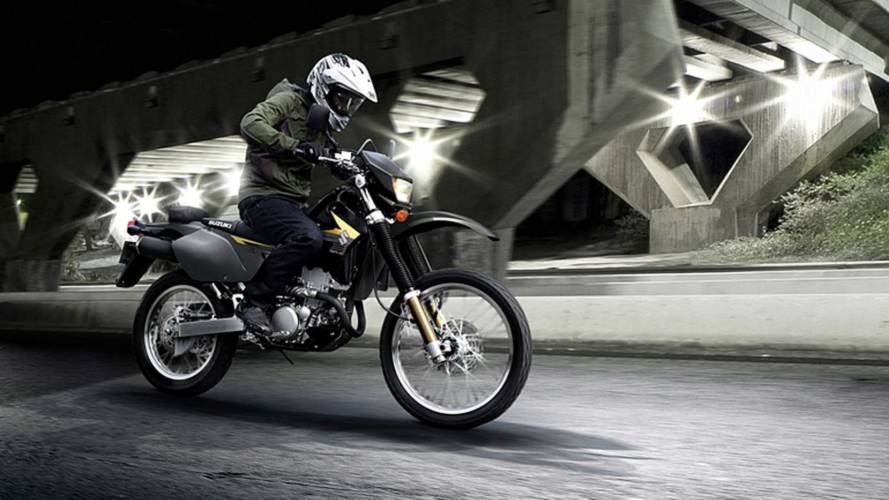 After my off-road experience on the Suzuki DR-Z400 dual sport bike at RideApart's Family Dirt Day, they decided to let me keep it for a few more weeks to do a full road test story on it. While I had it, I rode it in every scenario I could think of, short of entering an actual off-road race. I was trying to determine if this was just a bike you'd date for a little while and get tired of, or is this bike marriage material? Could this be my one true bike?

Out on a dirt road, high above the beautiful San Fernando Valley

First, the good stuff. If this bike has enough power and torque to haul me around, then it has enough power for anyone. Sure, it's not as fast as a fast car or a sport bike, but we all know you can't hardly use that power anywhere these days except at a track day, and only then if you're one of the fast guys. This bike is more like the Mazda Miata kind of power—it has enough and if you ride it in its comfort zone, you will have a blast.

This bike has limits you can feel, find and play with, and has a good low end at modern freeway cruising speed. As you get better, you can ride it nearly flat out a lot of the time. The counter balancers, and lightweight internals mean you would hardly know you are on a single once you are cruising, as long as you don't lug it. The suspension is such that you'll find yourself looking for shortcuts up and over curbs in parking lots, just to use the travel—and it's great in the city. You really feel like you're getting away with something, or feel like an alien from Planet Dirt who just landed in this posh Beverly Hills Gelson's Market for some provisions.

But I couldn't marry this bike, though I wouldn't mind having a nice long relationship with it. Here are the negatives, which might not be deal breakers for you, but they will be for some.

Right off the bat, it's going to be too tall for some people, but that's just the nature of a trail bike like this. It's awesome around town; however, it is limited to a beer capacity of about a 12 pack. It's not well suited for grocery getting—not without a rack on the back. While commuting I discovered what a lot of people already know about the DR-Z: The brakes seem a bit overwhelmed by the freeway speeds you can easily get to on it. In the dirt, the brakes seem almost too powerful (though not grabby); around town they work great, but if you need to make a panic stop from 75mph because someone merged unexpectedly, you'll wish you had the larger rotor from the supermotard version. It could also really use a sixth gear on the freeway. Another note, if anyone at Suzuki Product planning is looking for ideas to update this now 15-year-old design—though it carburates fine and only needs the "choke" for a minute—this is the 21st century and it's time for fuel injection.

Pretty sure that is just a speed suggestion, not a speed limit

A Nice Place to Start

One thing I can say without a doubt though, this is the baddest ass "starter bike" any rider could hope for. One of the biggest reasons for it to be a 400cc, now and always, is because in Europe and Asia many provisional licensed riders can only ride bikes that big. I'd much rather have a DR-Z 400 than an SR400, or even some of the 300cc sport bikes. This is because the DR-Z has so much power down low where you can use it around town. Suzuki really needs to mash up an entry-level sport bike of their own with this motor, a chassis like the old GS500, some hand me down suspension and brakes from the SV650, and some 1986 GSXR throwback bodywork.

So what did I do while the bike was in my possession? Well, I split lanes back and forth from the Valley to El Segundo in rush hour traffic for a week's worth of commutes, cutting my drive time in half. I ran out of gas on the freeway—in the left lane—and barely managed to get all the way over in time (somebody left the petcock on reserve), only to get rescued by the magic of "Truck Karma" and a guy named Caleb. I took it up to one of the few dirt roads left in the metro L.A. area and made dust for an hour or so. I took shortcuts up and over sidewalks and curbs whenever possible. I generally had a great time with it.

I even rigged up a "selfie stick" kind of a camera mount so I could shoot video as if I had someone following me, and not just the typical helmet cam footage. Unfortunately, I still have some bugs to work out, like angle, elevation, and distance, so I can look over my shoulder more than right at my ass. But, It does make for interesting footage, which you can then cut together because the camera never moves in relation to you, so you can cut out the boring bits.

You also may have noticed that it's dirty in all of the pictures. That's because dirt bikes look better with dirt on them, and I just let all the mud from our Family Dirt Day dry on there. Now that the time has come to give it back, I gave it a bath and scrubbed it back to clean and shiny—hardly the worse for the hundreds of miles of wear we put on it.

Scouting for more mud to ride through

And possibly the answer to the most important question: Does it commute?

I can safely say that the Suzuki DR-Z does in fact commute, with no real limitations.