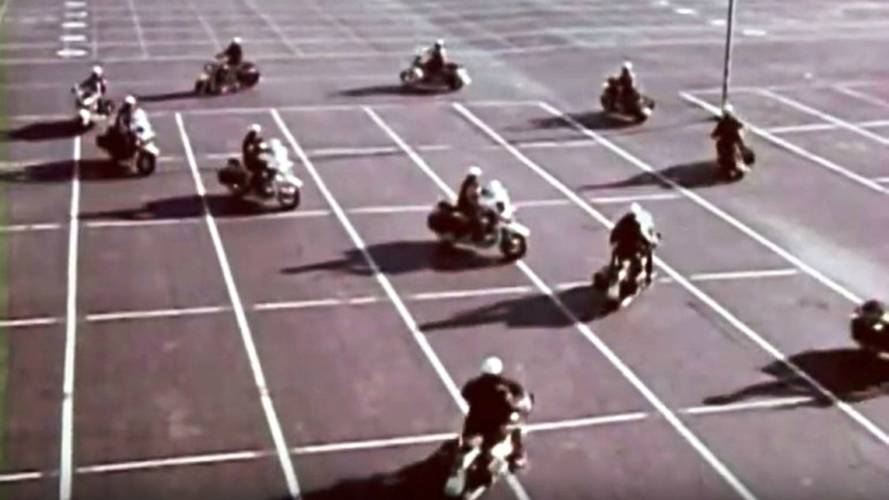 Not So Easy (1973) — Moto Movie Short TakeThis short features Easy Rider-era Peter Fonda and Evel Knievel talking about motorcycle safety, and it's a...

This short features Easy Rider-era Peter Fonda and Evel Knievel talking about motorcycle safety, and it's a great way to blow 18 minutes of your day.

What you don't find out until the the end credits is that this movie was directed and produced (and he also has a large part in it) by Cliff Vaughs. You may not recognize that name, but he was a custom chopper builder, writer, civil rights activist, and a black man in a white scene. In fact, if you do a little research, he's credited with building the Easy Rider bikes (along with Ben Hardy, also black) by most people in the know, as well as coming up with the story for the movie, and then getting screwed out of the profits. I guess Peter and he were still friends while this was being made, though he doesn't look all that happy.

So what safety tips do you get from these guys? Well, apparently Evel was an A.T.G.A.T.T evangelical, even back in the swinging 70s. And he offers several tips that I really need to take to heart about a quick pre-ride checklist of any strange bike, including seeing how much gas is in it. Running out of gas on the freeway one time was enough to burn that into my brain. In case you are wondering, Harley-Davidson sponsored this film, and provided both the bikes (in this case a 350 Sprint) and Evel himself.

It really is amazing how relevant most of the other tips in this film are too, and because of who made it they aren't of the "be careful motorcycles are dangerous, in fact, why not just stay home or by a car" nature. For instance, Peter explains that one of a bike's biggest safety advantages is how maneuverable it is, and how it can stop and accelerate quicker than a car, which is exactly the type of active trouble avoidance I always try to teach people. And if someone does cut you off, make sure to pass them, and give them that look, you know the one, the look that they won't soon forget, the one that basically says "It's a good thing you have that car protecting you, and I have someplace to be..."

This isn't Dennis Hopper, a lot of guys just looked like this back then

It should be noted here that all the riders, with the exception of Peter Fonda and Evel Knievel were actual outlaw bikers, and friends of Cliff, including his wife. They also tell us to avoid "lane splitting" or, to quote it verbatim: "...and forget about slot riding, man... That hole can disappear quicker than you can get through it." And, that 50% of all accidents between bikes and cars occur at intersections, often with a car turning left in front of you, which I'm pretty sure is still an accurate statistic. The L.A.P.D. motorcycle drill team also appears, and it is mentioned that motor cops have an accident rate of just 18 per million miles, compared to 28 for car units. It would be interesting to see if that statistic still holds 40 years later.

Perhaps the single best piece of advice given in this film—which used to be required viewing for drivers education classes, and people with moving violations taking traffic school—is to behave as if everyone in a car is either drunk, blind, or asleep. Oh, and by the way, pay close attention, because there is a test at the end.

RideApart Worth Watching: Yes, 10 out of 10, and required viewing for newbies.

Redeeming Quality: This was a well thought out movie with lots of good advice, and it is only more enjoyable now as a quintessentially 1970s piece.

Thing to Watch For: The whole movie runs less than 18 minutes and all of it is gold.

You can watch this whole movie, though it is a bit washed out, on YouTube just by clicking here, or right here and now.