Safety Tech - ABS and Beyond 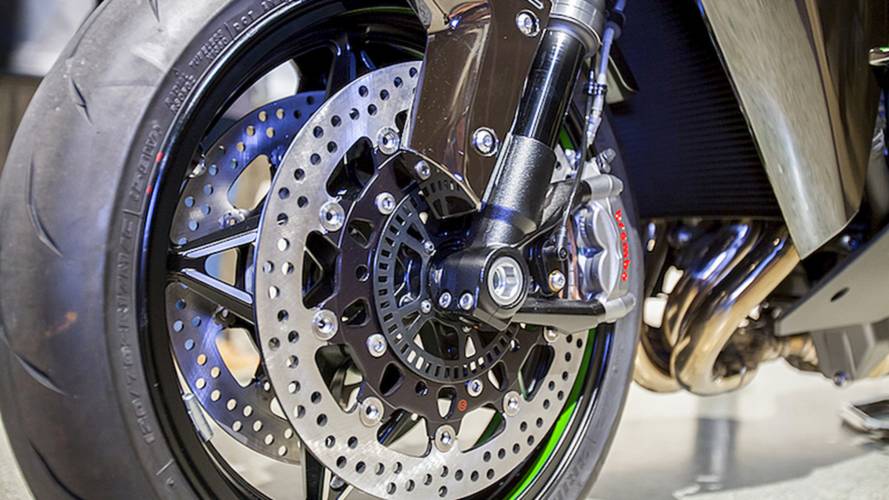 Is the advent of motorcycle ABS the greatest safety advancement of all time?

If you were asked to name the single greatest advancement in motorcycle safety, what would you answer? My answer would be the adaptation of the anti-lock braking system (ABS) to motorcycles. ABS isn't always the answer to your stopping situation, though; read on to discover when it's the wrong answer.

ABS was designed to keep your wheels from locking up, which helps make driving safer. So much belief is put into ABS that in many countries it is mandatory on almost all vehicles.

When wheels lock up you can no longer steer the vehicle normally. You would not be able to steer around an obstacle with locked wheels. On a motorcycle you may slide sideways, or even slide straight into the obstacle you are trying to avoid. Even though you are able to turn the handlebars the motorcycle cannot follow your input. If the front locks up enough it may throw you to the ground, the rear wheels locking can initiate a sideways slide and possibly make your crash even worse than it would have been. ABS keeps the wheels rotating and the control in your hands.

Not so on a dirt road!

The picture above shows up everywhere but it does a really good job of showing exactly what we are talking about.

Admittedly, not everyone rides off road or on dirt roads. For those folks, like me, who ride adventure bikes, dual sports, or scrambler-style motorcycles –– bikes that enjoy some gravel under the tires –– ABS is not always your friend.

On pavement when you hit the brakes it obviously does not buckle. Friction does its work and brings you to a stop quickly. ABS helps that stop be more controlled.

Here is what you get with ABS off.

When you grab a handful of brake on dirt the tires immediately and aggressively dig into the loose surface. This sand, gravel, dirt, etc., starts to build up under each tire, creating berms. These berms are barriers that halt forward progress. A bike equipped with ABS would obviously not "dig in" in a situation like this, and would not create bike-stopping berms.

To deal with the potentially negative effects of ABS on dirt, some manufacturers have installed an off switch for ABS. Honda has one on their Africa Twin, KTM has offered it as well. My current mount, the Yamaha Ténéré, does not offer that option.

So why is ABS the best safety device?

Depending on what manufacturer you talk to, less than 10 percent of the customer base are taking their adventure bikes –– or any bike, for that matter –– off road. Even those 10 percent who do are not necessarily frequently off road. Which means that the number of riders who may be inconvenienced by ABS are greatly outnumbered by those who may benefit from it. In other words, ABS is a feature with a lot more upside than downside.

For those who do spend a lot of time off road the advice is to purchase a bike that offers the ability to turn the ABS off.