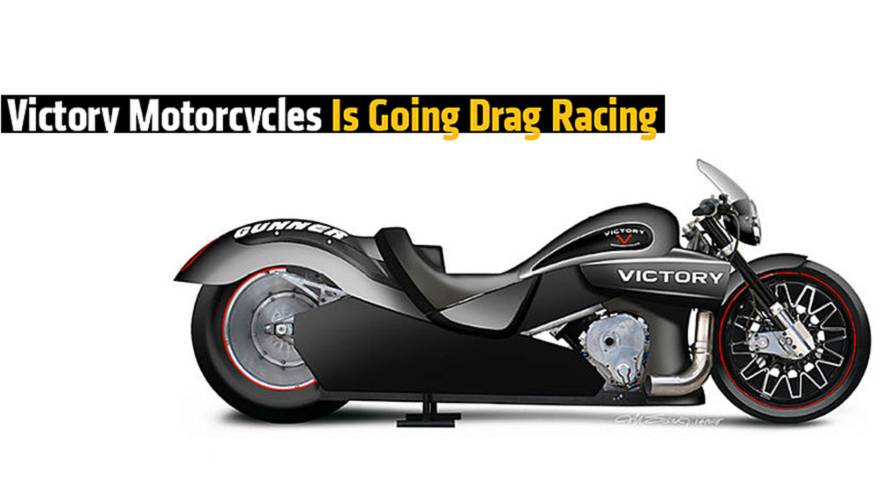 Victory Motorcycles will be competing in this year's NHRA motorcycle drag racing circuit.

Motorcycle racing is axiomatically...well, nuts. There's something inherently crazy about attempting to go as fast as possible on a machine that basically consists of two wheels strapped to a very, very powerful engine. Motorcycle drag racing? That's a top-shelf variety of nuts—the macadamia nut of motorcycle racing, if you will. Now, it looks like Victory Motorcycles is joining the NHRA fray.

Victory, of course, is not known as a builder of racing machines, and the Polaris-owned brand took a bit of heat from cruiser riders and writers for not releasing any true "new" models last year. Both the Gunner and the Magnum are essentially modded versions of existing models, and in fact, the brand discontinued its two Cross Roads variants as well as its Judge model for 2015.

On the other hand, Polaris' Indian brand had a big year. The Scout was one of the year's most talked about bikes, mainly because it was at a price point that put it on the cheap end of Polaris' cruiser offerings. This left many people wondering if Victory's days were numbered.

So it came as a bit of a surprise when Victory Tweeted out word that the newly created Victory Factory Team would be racing in the 2015 NHRA Pro Stock Motorcycle Drag Racing season.

Introducing the bike for our Victory Factory team. pic.twitter.com/l4BKU918T4

This is what the Victory drag bike will look like, minus the long metal arm-thingy (called a wheelie bar) that presumably keeps the bike from going ass-over teakettle when the throttle is twisted. It'll be ridden by husband and wife team Matt and Angie Smith. Victory isn't skimping on the riders either: Matt is a two-time World Champion, winning his second title in 2013. Fans will also know that his dad Rickie is a pro rider too. His wife Angie has been racing since 2003. She's only had one career win, but her top speed is 195.22 mph, which is faster than any of you fellas have gone or ever will go.

It'll be interesting to see how this pans out for Victory, and whether or not it leads to the brand getting involved in other forms of racing. This seems unlikely though. Harley-Davidson has long been competitive in flat track racing, and will continue to do so because they've got smaller bikes like the Street 750 to use for prototypes (as they did at the 2014 X Games.) H-D's partnership with Vance & Hines has also led to considerable success in NHRA drag bike racing. Victory will have a big challenge trying to figure out how to compete on the drag strip, so the dirt track may have to wait.

Regardless, for fans of the sport it'll be fun to watch Victory's rookie efforts, and if you've never watched these guys (and gals) race, don't scoff. Motorcycle drag racing is as crazy as it sounds.

READ MORE: Drag Racing Snowmobiles - Did You Know This Is A Thing?