Riding on the Wrong Side: My Beef With Harley 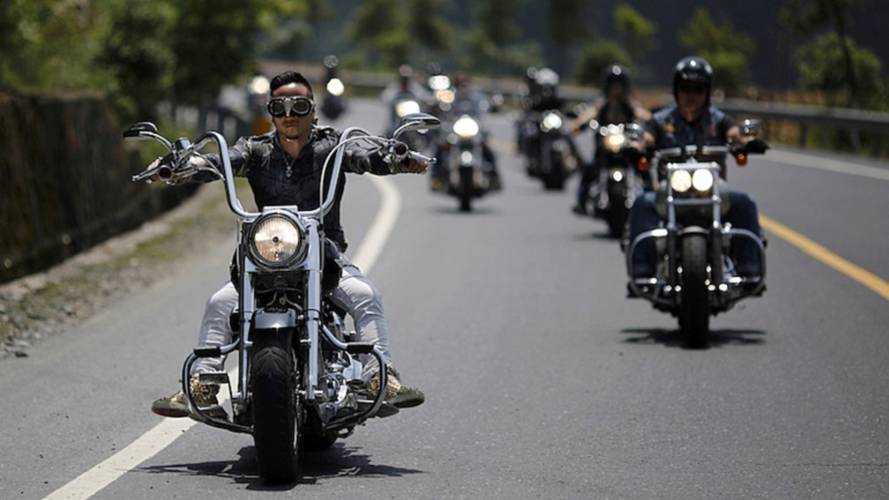 Riding on the Wrong Side: My Beef With HarleyIt's an unfortunate truth of the internet that no matter what you say, somebody, somewhere will get...

It's an unfortunate truth of the internet that no matter what you say, somebody, somewhere will get upset about it. The persistence of that truth seems to increase roughly 1,000 percent when you say something about Harley-Davidson.

Doesn't matter what you say –– it can be good, it can be bad, it can be indifferent. You could make a seemingly innocuous statement like, "Harley-Davidson is a company based in Milwaukee, Wisconsin, that is best known for selling motorcycles," and someone will lose their mind.

"OMGWTFBBQ! THIS GUY IS SUCH AN IDIOT," an anonymous commenter will opine. "HE'S OBVIOUSLY BEING PAID BY THE COMPETITION. HE'S PROBABLY NEVER RIDDEN. RIDEAPART HAS REALLY GONE DOWNHILL SINCE LEFT."

I don't really like that this is a truth of the internet, but it is. So, when a few people took issue with some of the things I wrote in a recent review of the Harley-Davidson Street Glide Special, I didn't really pay much attention. Haters gonna hate, after all.

But then RideApart's creative director, Jim Downs, brought it up with me in an email conversation.

"Playing devil's advocate, I have to ask," he wrote. "What's your beef with them?"

It was a question that knocked me back a little, because the short answer to his question is: none. I have no beef.

After all, I first found RideApart many years ago while in the process of searching for articles about the Iron 883, a bike that I loved the look of so much it made me want to return to motorcycling after a few years break.

When I eventually rode one, I was considerably less enthusiastic about the bike, but I still get all dreamy eyed every time I see one on the road. I'm like that for most Harley-Davidson motorcycles; I really like the looks of them. As I wrote of the Street Glide Special: "It looks fantastic. This is a motorcycle upon which any sane human being wants to be seen."

Which, to me, isn't an attack — unless the definition of "awesome" has changed since I left the United States 10 years ago. I did have some criticisms of the bike, but that's part of a review: You look for things that might become issues to the people who eventually shell out thousands of dollars/pounds/euros/darseks for a bike.

But, for the sake of answering Jim fully, I decided to sit back and ask myself, honestly: Am I, in some way, biased against Harley-Davidson?

I think it's impossible to write about motorcycles without some kind of bias. Otherwise every article would just be a list of numbers. The trick to writing honestly, I think, is adjusting your bias to favor the motorcycle-in-question's stated strengths. So, for example, no one ever complains that a BMW S1000RR isn't suitable for off-road trails, or that a Honda Goldwing can't do the Kessel run in 12 parsecs. We don't expect those things.

So, the real question is not whether I'm biased, but whether I'm failing to adequately adjust my bias when assessing a Harley-Davidson. Am I expecting things that shouldn't be expected?

Well, I don't know. To me, if you sell a motorcycle for more than US $23,000 and you tell people that it is "plush, top-end touring technology," that's kind of what I expect. My experience was that the bike in question didn't meet those expectations. It was uncomfortable and not up to the given task of touring.

Even there I didn't feel I was being excessively harsh. I went so far as to point out that my experience might be unique (my 6-foot-1 frame is apparently beyond the target audience of Harley ergonomics) and suggest that if a rider's expectations were different than my own — if he or she planned to use the bike less for touring and more for stylin' and profilin' — it might still be worth the asking price.

I feel my expectations were fair. Or, would have been fair if I had been riding any other bike...

But it's not any other bike, is it? A Harley-Davidson is a wholly unique thing, and perhaps to assess it you have to do so in a wholly unique way. Maybe part of the unique way is to be consumed of the same mindset that makes so many of its customers so vociferously loyal. You have to be able to place yourself under the Harley spell.

Because I was uncomfortable, because the bike hurt my lower back and gave me a headache, I wasn't really able to do that. I wasn't able to connect on a metaphysical level, and as a result, was left to evaluate the bike as just a material thing.

So, whereas I don't possess a bias against Harley-Davidson products, I equally lack a bias in favor of them. And perhaps, for some people, that is the real problem. Because part of the Harley experience is being wrapped in the Harley mystique, having the faith.

If I have a "beef" with Harley-Davidson, then, maybe it's that I don't get it; I'm unable to comprehend the emotions that lead other people to get tattoos of this corporation's logo. And maybe –– maybe –– because of that, I'm jealous. I'm annoyed that I don't feel the spirit.

I use religious allusions because, in a way, the whole thing reminds me of when I joined a church group in college. I did that primarily because there was an extraordinarily gorgeous girl in the group whose Kentucky drawl and affinity for tight jeans absolutely melted my brain. And ohmygoodness the way she moved! To me, she was clear evidence there must be some kind of God.

But the group's interpretation of that God was something I didn't jive with, its focus too narrow for my tastes. And as a result, I never really connected with any of them. While they were jumping around and shouting, I was thinking: "This music is kind of basic. This chapel is a little cold."

Unable to get myself to feel whatever they were feeling, I was left to assess it all as just a material experience, which of course meant I was missing the point. And that annoyed me enough that I was eventually able to convince myself it would never work out between myself and the gorgeous girl — even if she hadn't been dating a point guard.

Such is the case with the Church of Jesus Harley Latter-day Davidson, I suppose. I don't quite get it. I get cruisers, and ohmygoodness some Harleys look cool, but the thing that's not there, the thing that you can't attach a number to, the thing that would make me reach for my wallet, is the thing I'm missing.

I don't hold that against the faithful, though. I mean, what's wrong with loving a thing? The whole point of this website is that it's for people who love bikes. If a certain segment of those people love one brand of bike considerably more, well, they're welcome to do so.

That I don't feel that isn't a beef, though. It's just lack of belief.