Run, The DEA Is Tracking You! 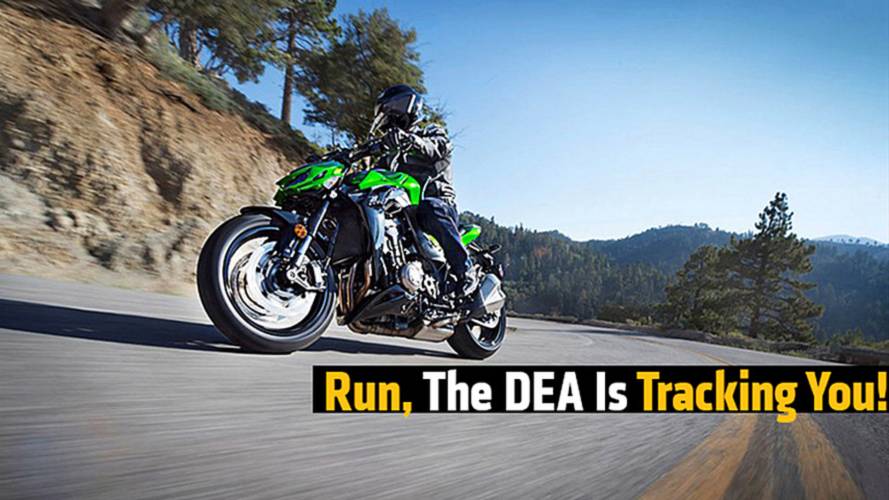 The DEA has been tracking license plates for a while, here's why.

Ernest Hemingway, that American author dude you should have read in high school when you were instead salivating over a glossy car rag, suffered from severe paranoia. He was convinced the Feds were hot on his tail, tracking his location and bugging his phone. No one believed him until an FBI file was released detailing Hemingway’s surveillance by the bureau. Oops.

Fast forward a half-century later and we’re at a tippin’ point where everywhere we go, everything we do, say and search for on the web is being surveilled, recorded and tucked away on terabyte hard drives in massive data centers.

And for what? Blackmail Freedom, of course.

I’d say hide yo’ wife and hide yo’ kids, but there is nowhere left to hide. And a new, secret vehicle-tracking program by the Drug Enforcement Agency is making it even harder to hide that dead body you’ve stuffed in your trunk (PRO TIP: Always bury a dead body several feet below that of a dead dog. Throws ‘em off every time).

In the meantime, get out your tinfoil hats and get your alibi straight, people, because if you’ve driven in any populated areas since 2008 or so, it is likely your movements have been tracked and recorded by the DEA,

They know you like to visit Candy down at the local Strip & Slide when you’re lonely on Saturday nights. Oh, and that you hit the liquor store on your on lunch break because LIFE IS HARD. Don’t judge.

License plate scanners and cameras have apparently been in use by the DEA since 2008 to track U.S. vehicles, with the Wall Street Journal reporting that at least 100 cameras were operating and collecting vehicle data back in 2011.

Just avoid ever doing anything ever or go anywhere again, right?

Originally developed to track vehicles used for drug trafficking—because that is a war the DEA is clearly winning—the database is now accessible by federal, local and state authorities who participate in the data collection. The system can now track people accused of rapes, murders and kidnappings.

Or cheaters. Because cheaters gonna cheat. And Michelle is gonna pay for what she did.

Deployment was initially limited to border states like Arizona, New Mexico, Texas and others, in an legitimate effort to crack down on drug trafficking. However, the DEA is now using license plate readers that are proliferating through state and local law enforcement agencies to add even more information to the database. How many cameras the system now uses was not disclosed.

All the data the DEA is collecting is stored at the El Paso Intelligence Center in Texas for three months, a reduction from the original two-year limit. Any participating police agency can request the data, though.

How much data does the DEA have? That’s a question they aren’t willing to answer.

READ MORE:  10 Driver Fails To Watch Out For On Road Trips ... - RideApart

According to the American Civil Liberties Union, the fact that the technology has been implemented in such secrecy is “unconscionable.” While many may be upset about the new technology and how it is being used, many U.S. law enforcement authorities feel the use of the technology is justified.

To avoid the DEA surveillance, crawl into bed, pull the covers over your head, and pull out a copy of “1984” because it’s getting real.