How Nostalgia Led to the MotoAmerica Racing Series 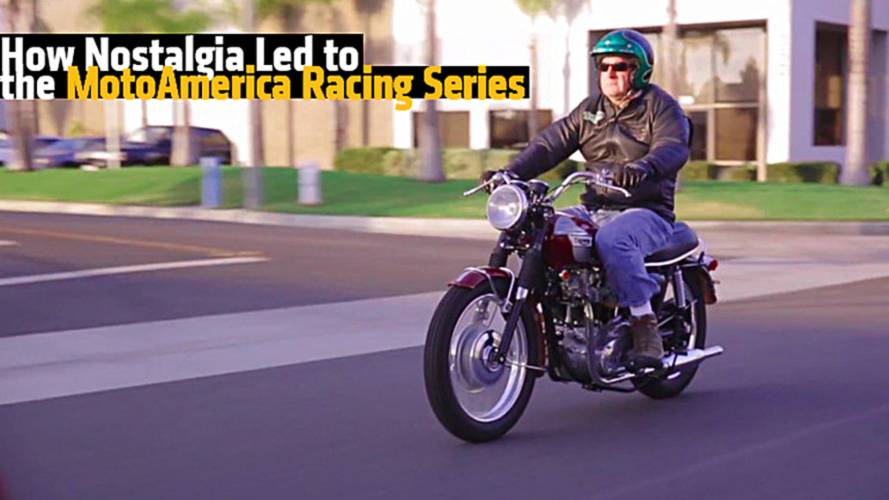 Richard Varner speaks about MotoAmerica Racing Series and his love for machine and sport. Watch this inspiring video at RideApart.

Ahhh…do you smell that? The crisp, nostalgic smell of faded, weathered leather. Can you feel the worn grips under the palm of your hands? There are tangible things in the world around us that serve as launching points for memories, and as we reflect on those memories (however accurate) the wave of nostalgia—a time of betterment and often usual young bewilderment—come flowing back, reeling us back to yesteryear. That is what long-time gear-head Richard Varner hopes to do with the MotoAmerica racing series.

READ MORE: VINTAGE MOTORCYCLE RACING ON THE BEACH - THE RACE OF GENTLEMEN 2014

The video captures a man deep in the well of engines and mechanicals, himself saying, “I always told people I would buy a ticket to watch two moving parts.”

His love of bikes began when he had to mow lawns to buy his first mini bike—something to take the governor off, go fast, and hide from the police with, so he says.

READ MORE: MOTOAMERICA TEAMS UP WITH KTM FOR RC CUP

Varner is a man whose heart’s been stolen right out of his chest by old bikes, as they feel more organic. Companies already take new technology and make it look old, preserving the feeling of nostalgia, but with modern durability.

He and a team of business partners started MotoAmerica in hopes of cultivating young American riders for the world stage of motorcycle racing, designed with progressive classes to develop young racing talent safely.

The end of the video concludes with Varner opining about how today’s cars are packed with technology that allows them to park themselves and automatically avoid hitting other cars. That’s not so on a bike, he said, you have to be involved with what you are doing on a bike.

While technology has made it decidedly easier to ride new bikes, there’s a look and feel with older models that new ones can never fully capture. Varner mentions a 1970 Triumph, his choice of bike over Harley, which really got him started. The lines are inoffensive, delicate almost, with a styling that’s truly timeless.

If there’s anyone who can cultivate the next generation of motorcycle racers for the world stage, there is likely no one better than Varner himself.