Watch This 70-mph Failed Wheelie as Presented by The Police 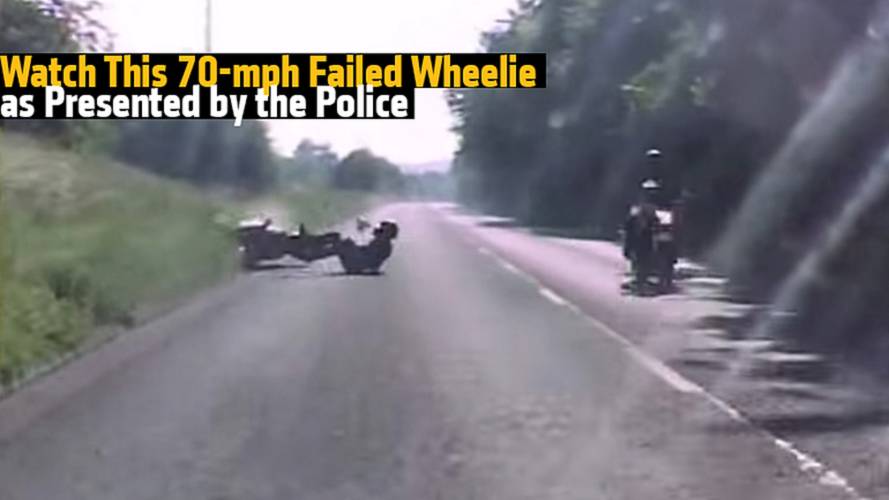 It's just not smart to ride recklessly, it's even dumber to record it. You might wipe out then have the police post your failed wheelie attempt on Youtube.

The title of this Idiot of The Week video is "Dangerous high speed driving could have cost motorcyclist his life." You can probably guess that like most YouTube wheelie videos, it does not end well for the rider.

A couple of things to keep in mind. First we'd like to remind you that we here at RideApart encourage all riders to be safe, and it should go without saying that doing wheelies at 70 MPH down a two-lane country road is not a particularly safe thing to do. Secondly, please remember that (we're creeping into spoiler alert territory here) if you do something stupid on your bike that results in your arrest and your dudebro's GoPro caught the whole thing, that GoPro footage can and most likely will be used as evidence against you. Which is exactly what the Sussex Police did.

READ MORE: Idiots of The Week: Watch a Collection of Stunters Crashing on the Highway and Failed Burnout Attempts

Now, "stupid" is a subjective word, so we'll define "stupid" in this case as: doing a 70 MPH wheelie down a two-lane country road, getting too close to your riding bud ahead and wiping out. And what does stupidity, in this case, get you?

A facepalm worthy list of penalizations, quoted from the Sussex Police video page: "...An 18-month suspended prison sentence, banned from driving for four years and told to do 200 hours of community service." Watch the video below.

The jump cuts between the court-seized GoPro footage and the van's dash cam here are pretty cool. It gives the video a 70's William Friedkin/French Connection vibe. Sadly, although we can hear the bike and the rider, we can't hear how hard the Sussex Police are laughing in the background.