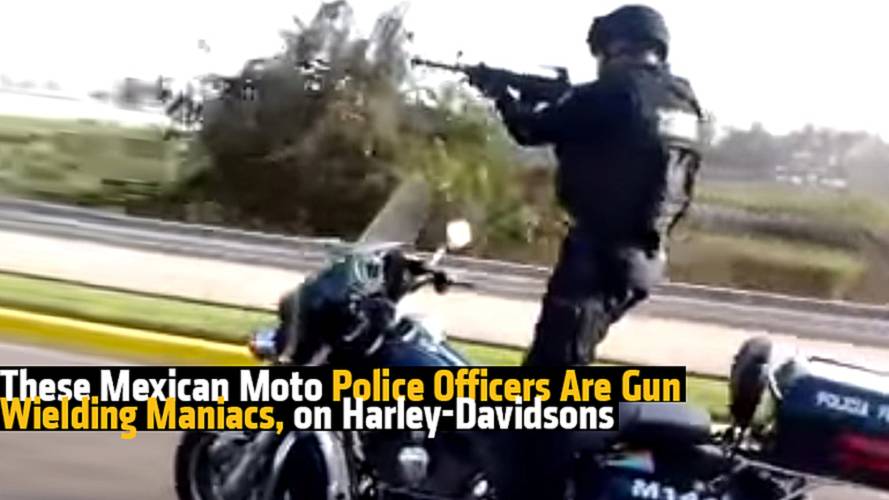 I don’t speak Spanish particularly well, at least not the sort of Spanish you’d want your grandmother to hear, but they say speech is only a part of communicating. This video of some acrobatic police officers in Mexico transcends the language barrier with a dab badassery and a heap of stupidity.

Add some south-of-the-boarder culture with motorcycles and you can write your own Erik Estrada joke.

READ MORE: What Zombies and Guns Have to do With Motorcycle Gear Icon | RideApart

The video description, translated by Facebook, says, “For those who say that you cannot handle and shoot on the motorcycle, and what is missing.”

I don’t think that was a question many of us were asking to be answered, but these fine men in uniform took it upon themselves to not only answer it, but capitalized on the opportunity to show off.

READ MORE: Watch This Helmet Cam Collision of a Car Blowing a Red Light in the City | RideApart

The police force in Mexico has a monumental task of wrangling in rampant corruption and dangerous drug cartels, which calls for a special kind of officer—one that lurks in the night, hiding in the shadows of disparity to save the innocent from tragedy all while firing an assault rifle from a loud, moving motorcycle. That’s our hero.

READ MORE: Will There be an Isle of Man TT Global Racing Series?

Oh, and please, for the love of humanity, don’t try this at home, folks.