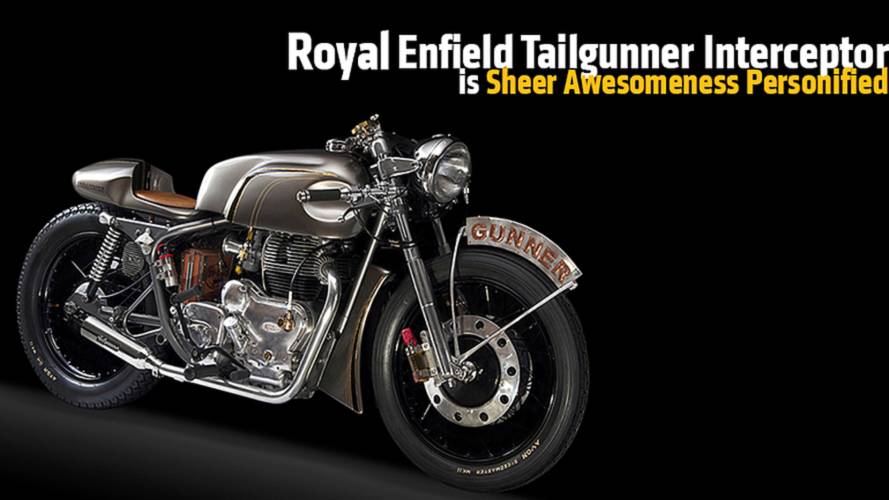 As of late, Royal Enfield has been in the news for all the good reasons. The Indian owned British-marque is grabbing the limelight and chewing into newsprint for their massive expansion plans, and of course, for their exciting launches up ahead. However, now we have got a hold of a piece of news that speaks of an all-original 1A Interceptor bike from the 1960’s.

To the uninitiated, the Interceptor was made by Royal Enfield from 1960 to 1970 and during that period they even tinkered with the powerplant—kicking it up to a 750cc unit. The 1A Interceptor was launched back in 1967 and is still a rare piece of classic bike machinery to obtain. Those who succeed in finding one will always be inclined to restore it to its previous glory.

So when Charlie Giordano, who owns Tailgunner Exhausts, found one such 1A Interceptor in desperate need of some tender love and care, everyone hoped to see the bike getting a thorough restoration job. Well…it did get a new lease of life, but it wasn’t what everyone expected to see. The result was mind-blowing.

Giordano chose to get a fresh sheet of paper and start from scratch in terms of the styling. It did have to feature one of the finest of his Gatling Gun-inspired rotating exhaust systems, which we think is the one of the most ridiculously awesome things that can be retrofitted on to a motorbike. It’s more like Pacific Rim – dumb, but rad!

But the sheer lunacy of this 1A Interceptor doesn’t end with its tailpipe that will surely make the cars behind you swerve off the lane. Giordano has borrowed cues from England during that era where this bike belonged once. Sample this: It has a wax-sealed “Boston” liniment bottle attached to the fork leg—filled to the brim with “a sailor’s daily ration of rum” per old Royal Navy Tradition.

The battery box is made from wood cigar boxes and embellished with hand-hammered copper strips. It also has a pedestrian slicer on the front number plate. This bike has café racer genes written all over it—from the fender devoid wheels to the Manx-style fuel tank. And that gorgeous tail section! All of it was crafted using old techniques with the help of hand tools.

When asked about choosing to go all-out mental with this build instead of doing a more composed restoration, Giordano said, “I felt like a politician: No matter which way I vote, I’m going to displease about half the constituency.”

We are the half that is very pleased.