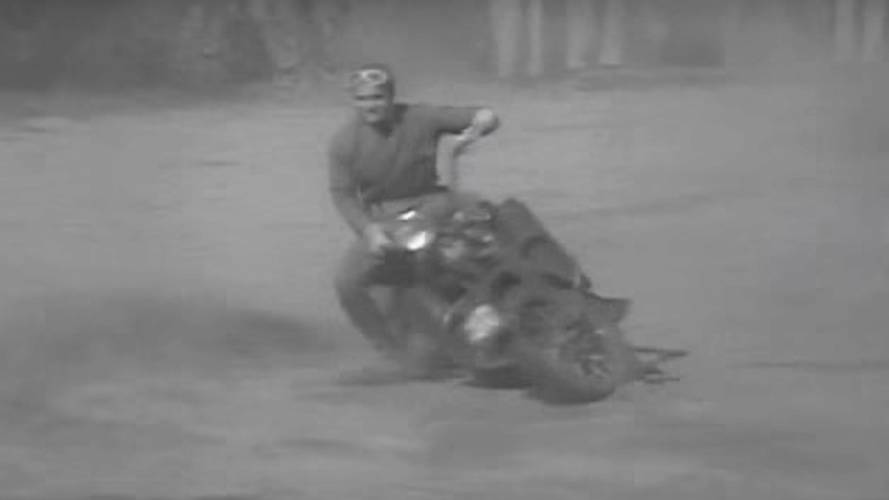 Film Vault: US Army Corps Motorcycle TrainingWe've recently managed to dig up footage of British military motorcycles being put through their paces,...

We've recently managed to dig up footage of British military motorcycles being put through their paces, as well as Canadian riders, so it seems only right to include this video showing American wartime moto efforts.

Offered with an incongruous and anachronistic soundtrack, this video starts with a motorcycle on fire. The bikes featured in the video appear to be the famous and beloved Harley-Davidson WLA, so it's a good bet that burnt vehicle would still sell for three times my annual salary.

About 60,000 WLA models were produced for US military use during World War II. A good portion of those bikes would have been damaged or scrapped, yet at any bike meet in any part of the world you'll somehow come across at least a dozen old dudes who will claim to have owned one at some point.

"Yeah, I had it in the garage for about 30 years, then sold it in exchange for a Chevy Nova. I didn't know how much those old things were worth."

The video offers no commentary but shows riders launching the bikes over hills with reckless abandon. In other ways, though, these riders are very much like Harley-Davidson riders of today: Helmetless and dressed exactly the same. (No, I'm kidding. I just couldn't resist taking a cheap shot).

One of the more interesting scenes features riders learning how to deliberately lowside their motorcycles, presumably to use them as protection against enemy fire. I'm equally impressed by the officer who manages to ride while keeping his hat at a jaunty angle.

But without doubt, the best part comes at 3:42, when one rider knocks over his instructor. I suspect that dude spent the rest of his military career cleaning latrines. He's probably the same goof who runs into the camera at the very end of the video.