2016 'The Quail Motorcycle Gathering' a Hit 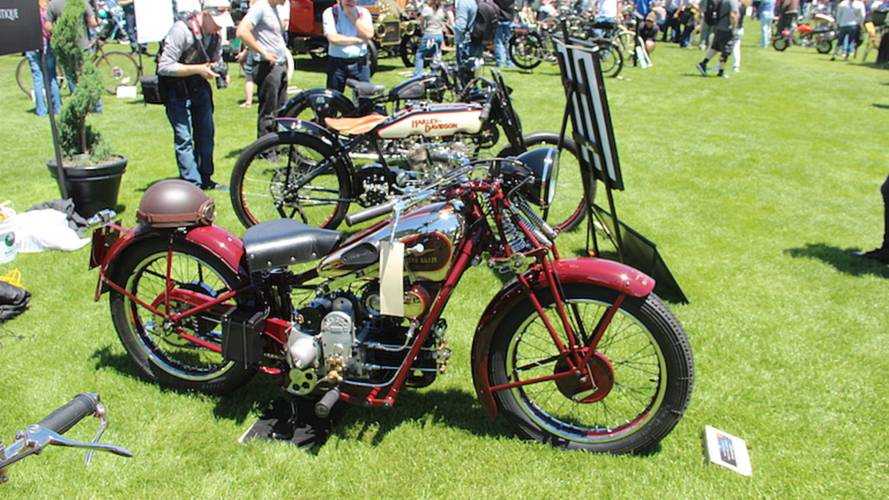 The eighth annual "The Quail Motorcycle Gathering," held May 14, 2016, at the Quail Lodge and Golf Club in Carmel Valley, California, was a rousing success by all accounts.

This year’s event celebrated pre-1916 motorcycles, a notable period in motorcycling history due to the hundreds of manufacturers in existence at the time. More than a dozen machines graced this class, which comprised early examples from Harley-Davidson and Indian, as well as lesser-known manufacturers like Militaire, Thor, and California.

The other featured categories of 2016 included BMW Classics, the 40th Anniversary of Superbike, and Extraordinary Bicycles: an homage to the motorcycle’s two-wheeled predecessor.

The show field was also supplemented by dozens of rare and interesting motorcycles from private collections, both restored and unrestored. Italian motorcycle manufacturer Energica chose this venue to unveil its Eva electric streetfighter motorcycle.

Honda’s 2016 Africa Twin was also on display, accompanied by its 1988 counterpart, along with a range of other historic Hondas. Kawasaki’s exhibit included their new 150cc street bike aimed at new riders, and Indian Motorcycle of Hollister showed off their customized “Stealth Edition” of the new Indian Chieftain Dark Horse.

Just before noon, a group of riders on the Cycle World Tour arrived on the event field. Spectators also enjoyed live music by local artist Delany Ann, and a southwestern barbecue lunch was included in the $75 admission fee. Later, 2016 Legend of the Sport and three-time AMA National Superbike Champion Reg Pridmore took the stage for a conversation with the event's organizer Gordon McCall. Pridmore then joined his book's co-author, Geoff Drake, in the Mert Lawill Concepts booth for a book signing and meet-and-greet. Fellow racing legend and Daytona 200 winner Don Emde was also on hand, signing copies of his new book: Finding Cannon Ball’s Trail.

Under a sunny afternoon sky, spectators were treated to complimentary ice cream from Marianne’s Ice Cream. Local band Vent kept the mood upbeat with a mixture of classic rock standards and contemporary hits.

The awards ceremony began with the presentation of the AMA’s Dudley Perkins Award to former racer and one of this year’s Quail judges, Craig Vetter. Tom Holthaus’ 1910 Pierce Four took the honors for the Pre-1916 Motorcycles class, while Danny Stewart’s 1941 Columbia Clipper won the Extraordinary Bicycles class.

READ MORE: The Story of Cannoball Baker and the Ridiculous Vintage Race He Inspired | RideApart

The Spirit of The Quail Award was given to Virgil Elings for his 1964 MV Agusta Triple. The Quail Motorcycle Gathering has become the premier motorcycle show in North America. The 9th Annual event is scheduled for Saturday, May 13, 2017.

Spirit of The Quail Award

Why We Ride Award