Riding on the Wrong Side: Low-Speed Thrills 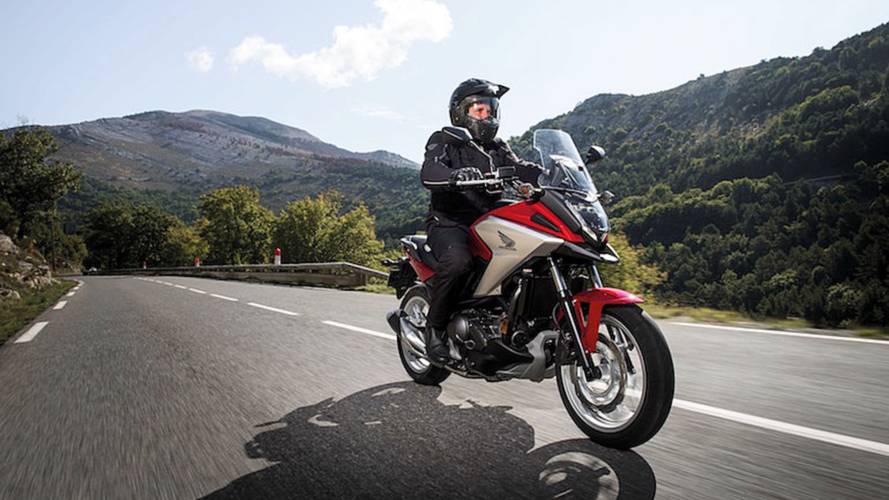 Riding on the Wrong Side: Low-Speed ThrillsI think I'm getting old. Last week I bought a one-piece rain suit to go over my riding gear. Yes, I live...

But I suppose it fits with other aspects of my motorcycling: the modular helmet, the high-vis vest, the never-gonna-take-it-off-road ADV bike...

Harley-Davidson has a campaign at the moment encouraging parents to expose their children to motorcycling so they'll grow up and buy Harley-Davidson motorcycles (because, you know, every kid thinks their parents are cool). Based on my complete lack of badassitude, though, it's probably OK I don't have kids.

I doubt anyone has ever looked at me on the road and thought: "Golly, I wish I looked like that guy."

Recently, to make things worse, I've been flirting with another old man facet to my motorcycling: riding below the speed limit.

Actually, that may not really be an old-man thing. I've met dudes who were pushing twice my age who could make me look like an utter fool. It's more of a coolness thing — no one sings rock songs about obeying the speed limit.

In my defense, I usually ride at a "spirited" pace. There's a line of thinking in UK riding (and elsewhere) that the power of a motorcycle engine is a tool to be used in removing yourself from dangerous situations. This means that when it's safe and "reasonable" to do so, you twist the throttle and go, rather than hanging around in clumps of traffic waiting for someone to run you over.

But when I recently got to spend a week with the Indian Scout Sixty, its lack of screen naturally encouraged me to find quieter roads and adopt a more relaxed point of view. And to my surprise, I really enjoyed it.

I first started to dabble with slowness when I picked up the bike in London and rode 200 miles back to Cardiff. Normally, my route home would have seen me stick to the M4, a six-lane motorway that stretches most of the breadth of southern Britain. And normally, I would be found in the fast lane (which is the right lane here in Bizarro World), only occasionally moving to the middle lane to make way for BMW and Audi drivers like my brother-in-law (who sees 120 mph as a comfortable cruising speed.)

But this time I chose to hang out in the slow lane, intending to stay at or near the actual speed limit of 70 mph. It's a lane into which I hadn't ventured often and I found it somewhat exotic.

Firstly, there were the trucks. In the bureaucracy-loving European Union, large semi-trucks and some buses are fitted with speed limiters that keep them from exceeding 60 mph. That's 10 mph less than the speed limit.

I had known this was a thing, but never really paid any attention to it before. Now, though, keeping pace with the lugging beasts of the slow lane I found myself fascinated and baffled by this set up. Who thought this was a good idea? I mean, perhaps limiting the speed of enormous, monstrously heavy things makes sense, but letting them crawl along among vehicles that are regularly moving twice as fast?! It's a testament to the quality of British drivers that the country's motorways aren't perpetually bathed in flame.

Secondly, I discovered the peculiar thrill of drafting behind said semi-trucks. I had never bothered to try such a thing before because I generally lack the patience. Equally, it's a test of one's intestinal fortitude to ride so close. But I was delighted to discover that, yes, drafting actually works; the Sixty's engine effectively fell to idle.

Keeping my distance from the trucks, though, allowed an opportunity to check out other users of the slow lane: one or two white-knuckled kids who clearly had earned their licenses that week, a goodly portion of folk who have been driving since before the Suez Crisis, and, more delightfully, some old-school British cars that wouldn't stand a chance in any other lane. At one point I passed a Morris Minor 1000 — a car that famously can take more than 50 seconds to go from 0 to 60 mph.

As I say, it was a unique and interesting experience. As long as I was able to hold my patience I could sit back and enjoy a comfortable and incredibly fuel-efficient ride.

I should note that the Sixty goes plenty fast, and I proved that to myself several times in the week, or so it was in my possession. But in the time since then, I've been experimenting here and there with über-slow riding on my own bike. I'll admit that I struggle to keep it up for long. Eventually some part of me will snap and the idea of meandering along at speeds normally reserved for snowy days and Shriner parades becomes too much to bear.

But in those happy moments when riding slow seems novel and quaint, I find the whole thing to be downright relaxing. And as such, I've been pondering whether it's a technique I want to try to employ next month when I take part in my first Iron Butt ride.

Hitherto, I had been planning on more or less locking in a speed that's just on the safe side of the lose-your-license cutoff in the UK, and hoping for the best. I had been assuming that getting to the various check-in points on the ride with a certain urgency would allow longer spells in which I could rest.

And I know I will need rest because riding that far for that long is exhausting, especially at higher speeds. My beloved Suzuki V-Strom 1000 has a fancy aftermarket screen and heated grips, but it's still the case that noise, wind, engine vibrations, etc., take a greater physical toll as the speedometer climbs upward.

So, I've thought that riding slowly –– i.e., below the speed limit –– might actually turn out to be the better method of tackling this challenge. Yes, it will mean my rest breaks will have to be fewer and shorter, but perhaps by riding slowly it will mean I won't need them as much.

Or maybe not. Doing such a thing would no doubt spoil the joy of slow riding, and under the circumstances of needing to cover 1,000 miles in 24 hours I'd probably be able to remain patient for no more than 20 minutes.

Instead, I think I'll stick to my new habit of finding an abandoned road (extremely difficult in a country as densely populated as Her Majesty's United Kingdom) and riding at 20-30 mph below the posted limit. I know that sounds like a lame thing to do, but there really is a weird sort of joy in riding slow.

I encourage you to try it –– if not simply so I won't feel like such an old man.