Riding on the Wrong Side: The New Face of Rideapart 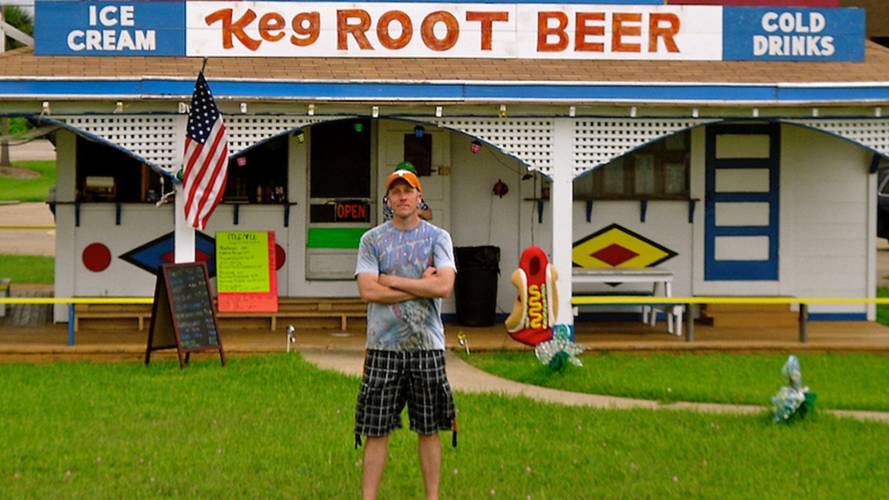 You might be aware that RideApart's undergoing some changes at the moment. Not too long ago, we were acquired by motorsports company Motor1.com. At roughly the same time, we also launched a search for a new managing editor.

Firstly, because I live in the United Kingdom, we'll be increasing our focus on Europe and shining a light on just how much better it and the UK are than anywhere else. We've got some great features planned, such as "20 Great Rides to Fish and Chips Shops," and "How to Stay Fashionable Whilst Still Wearing the Correct Amount of EU-Mandated High-Vis Clothing," and "15 Reasons Bikers Make the Best Socialists."

With our new British focus we'll be publishing at least one Barry Sheene story a day.

Additionally, we will be adopting correct English spellings, returning the letter "U" to its rightful place in words like "colour" and "neighbour." Because America has a lot of catching up to do, we'll also be inserting the letter "U" in words where it's previously been absent. Henceforth, Japan's big four will be known as Hounda, Suzouki, Kawausaki, and Yaumaha.

That's not to say we'll be abandoning readers in the good ol' US of A, however. Exclusively for American readers, we'll be instituting a paywall. All proceeds from the paywall will go to Hillary's Harley Haters. HHH is a fantastic for-profit organisation with the dual-task mission of both fostering unfavourable sentiment against America's best-known motorcycle brand –– Haurley-Davidsoun –– as well as supporting the efforts of Future President of the United States Hillary Clinton.

That support will come in financing campaign ads, as well as covering all of Hillary's bar tabs, and ensuring that she is given carte blanche at Kohl's. Those pantsuits don't buy themselves, you know...

READ MORE: Riding on the Wrong Side: British Riders are Better | RideApart

No. I'm kidding, of course.

Essentially, that's what RideApart has always been –– even when it wasn't called RideApart. Back when it was known as Hell for Leather is when I first found the site. I was attracted to HfL by its unique writing and often jovial comments sections. It was a site that helped me realize motorcycling is a world with more depth than my Central Time Zone upbringing had led me to believe. And it reignited a passion for two wheels.

Back then I was just a dude who visited the site on a regular basis, doing his best to craft witty responses, but more often sounding like a dork. I'm pretty sure my response to every new motorcycle was something along the lines of: "OMG! I want this bike!"

Actually, that's still pretty much my response to every new motorcycle. Which is probably a good thing.

If you've been with RideApart a while you'll know it went through some hard times. As a reader, I grew frustrated with the site and even wrote a criticism of it on my own blog. Roughly a year and a half later, that criticism came back to haunt me when Jesse Kiser got in touch. The site's new senior editor, he was eager to bring about change and challenged me to be a part of the solution, rather than sit on the sidelines and bitch. He brought me on as a freelancer.

READ MORE: Preservation and Security: A Shed of One's Own | RideApart

That time Wes' booty served as a metaphor for RideApart's dark days.

Under Jesse's direction, I feel RideApart regained some of its old mojo. I think it's continued to do so ever since my boss, Creative Director Jim Downs, took the reins a few months ago. I mean, seriously, this isn't me kissing up: take a look at the videos that Jim has produced. This site hasn't had stuff of that quality since the Sean MacDonald days.

And the reason for that is that RideApart has often lacked resources, in all senses of the word: financial, time, and talent. And that, of course, is where Motor1.com comes in. Our new partnership with Motor1.com is, I genuinely believe, going to help us do some pretty cool things.

My interaction with the fellas at Motor1.com has thus far been positive. To me, it's a pretty symbiotic relationship. Their focus has traditionally been on four wheels, but it's not as if that's a huge disconnect. It's not like we've teamed up with Southern Living magazine. (Although, if we can somehow get Miranda Lambert doing stoppies on a GSX-R, I am all-in.)

Is that you, Miranda?

I'm not really sure what the future holds in terms of that relationship, but I am optimistic. I wouldn't be surprised or upset to see the site given a facelift in the next year or so. Equally, I anticipate it's a partnership that will afford us greater opportunities to deliver more and better-quality content.

For my part, I will be working hard to deliver a website that I would want to read, a website that will hopefully serve as inspiration to people in the same place as I was a few years ago. Earlier this year, I wrote an article giving 12 reasons to ride a motorcycle—because I want very much to encourage people to realize how much better their lives would be if they were on two wheels. As managing editor I'll be holding that sentiment in my mind with everything I do.