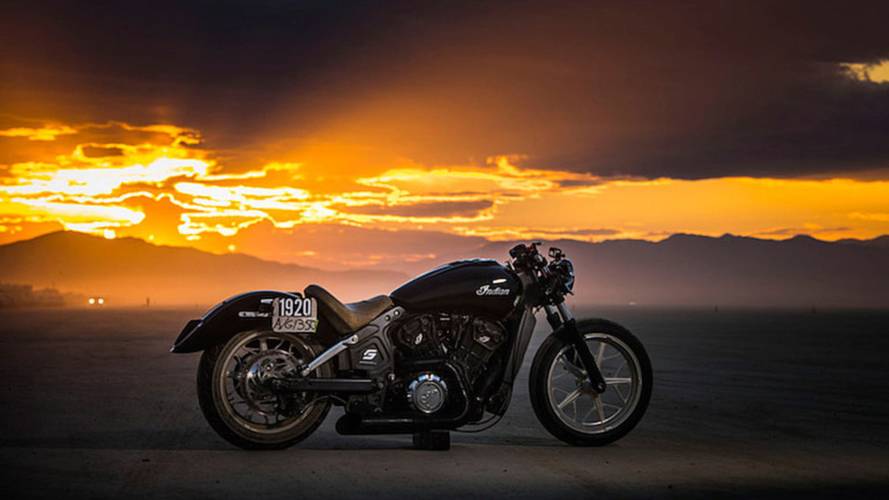 Indian feels the need for speed.

Indian Motorcycle has offered a behind-the-scenes glimpse of what its engineers get up to in their spare time: work on Indian motorcycles.

In this case, it's for the sake of participating in land speed racing in El Mirage, California. The group of engineers' exploits have been captured in a seven-part series that the motorcycle brand has made available on its website.

The series, titled “A Passion For Speed”, follows the team as it prepares a Scout and Chief Dark Horse for the racing event, which takes place in the Mojave Desert.

El Mirage is a dry lakebed that has attracted racers for more than a half century. At its best, the 1.3-mile-long hard and smooth track serves as a unique venue for testing a machine’s maximum velocity. At its worst, under spectacular summer thunderstorms, it becomes an impassable quagmire of clay and silt.

READ MORE: Indian's New Scout Sixty: Who is it For? | RideApart

The series begins when the team has 22 days remaining until race day and culminates in a surprise ending.

“It’s not a one-man show, by any means,” says Michaelson. “It’s everybody coming together and chipping in and building something phenomenal. And that really is the foundation of where Indian Motorcycle came from: a bunch of guys in the shop working for the win. And that’s exactly what we’re doing.”

“We love riding and racing as much as our ,” said Wilson. “Wayne, Chet, Dan and Neil reflect the obsession we all have for motorcycling. All we needed to do was follow them with a camera.”