Update: Someone Is Dumping Oil On The Road And The CHP is Getting Involved 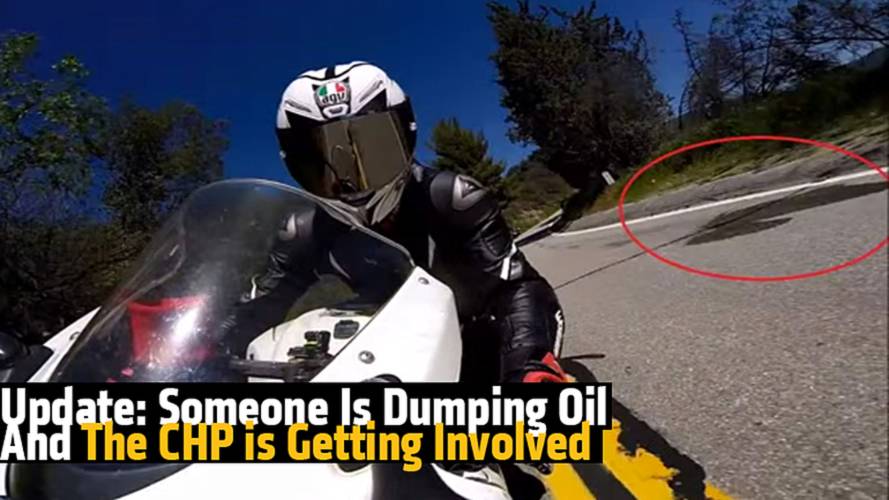 The Glendora Mountain Rd. oil spill incident is now being investigated by the California highway patrol.

Two days ago we posted a clip of a rider (read the original story at the link below) on Glendora Mountain Rd. in California, who might have witnessed a suspect who poured fresh oil across the road. Since then the video has gone viral. This was the second incident following a previous incident that caused multiple crashes. Luckily, California Highway Patrol says they’re on it.

"We need the media's help in trying to find out who the rider is, so we can get more information," said Rodrigo Jimenez, public information officer for the California Highway Patrol Baldwin Park office, as according to the Glendora City News. "It's very alarming that someone may have intentionally done this."

The oil was laid out across Glendora Mountain Rd. between Big Dalton Canyon Road and Glendora Ridge Road as the Los Angeles County Department of Public Works closed GMR Sunday between those two points to clean it up. CHP started their investigation after Glendora residents contacted them on March 9th.

"We just need to come forward and talk with him so we can hopefully find out who's doing this," Jimenez said to the Glendora City News.

If you know who posted the video or have any additional information about the intentional oil spills, contact the Baldwin Park office at (626) 338-1164, Monday through Friday and ask for CHP Investigator Rob Bernardino.

WATCH THIS:  Video: Biker Sinks into a Huge Pothole-Puddle of Doom - RideApart