The Deus Biker Build Off Returns Globally for 2015 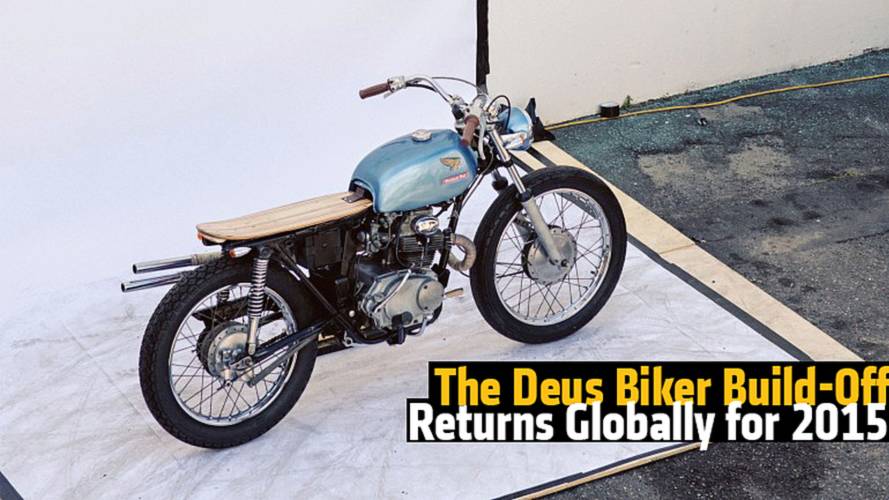 The Deus Biker Build Off is slated to return this year, globally. We can't wait. Learn more at RideApart.

In 2013 Deus held their first global Biker Build Off, one weekend, four continents. They’re back again for 2015 adding Tokyo as a new location. The Build-Off will be held at the Sydney, Australia; Milan, Italy; Bali, Indonesia; Tokyo, Japan; and Venice Beach, USA locations.

"The first Build Off was at Deus Sydney location in November of 2010 called the 'Boundless Enthusiasm Bike Build Off' with the basic idea that it doesn't take lots of money to make your bike rad," said Nevon Pontious with Deus. "It's about making the most with the least, the creativeness, and the innovation that comes from building a bike with whatever resources one has access to."

Our friends at Bixby Moto won it at the Venice location in 2013.

The top 5 bikes from each location will go into the People’s Choice voting.

"Last time there were approximately 35 entries from each location and this year we are sticking to about that same number," said Nevon.

A panel of 5 judges will narrow down the day’s first field of bikes down to 30 bikes for day two, then shorten it to the top 10 bikes from each location. A first, second and third place award will be given at each location along with a People’s Choice Award.

"A panel of judges rate each build on Creativity, Economy, Function, Craft, and Presentation, with awards going to the top 3 scorers," said Nevon.

For the Venice location, it’s only $25 to enter and that includes a hot dog and T-shirt. We just signed up with our Suzuki GS750 project. Now, we just hope we can get it done in time... anyone want to come help?