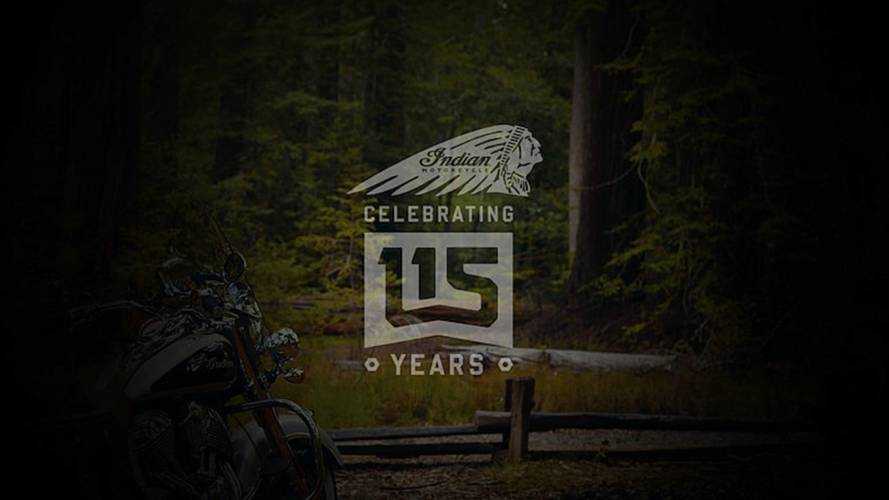 Indian Motorcycle is marking its 115th birthday, tracing its beginnings back to when George Hendee and Oscar Hedstrom first started building motorcycles in 1901.

Hendee started manufacturing bicycles with the name “American Indian” in 1897 but this was soon shortened to “Indian.” A former bicycle racer, Hendee was joined by fellow racer Hedstrom in 1900 and the two decided to build a motorized bicycle to be used as a cycle racing pace bike.

A prototype and two production units were built in 1901 and the first Indian motorcycles were sold to the public in 1902. In 1903, Hedstrom set a world motorcycle speed record of 56 mph and in 1904 the company introduced the deep red paint scheme that would become Indian’s trademark color. In 1905 Indian built its first V-twin factory racer, putting a road-going version of the motorcycle on sale in 1907.

Throughout these early years Indian motorcycles were officially sold by the Hendee Manufacturing Company. That was changed in 1923, when the company name was changed to the Indian Motocycle Company. Note the lack of the letter “R.”

The Indian name grew in popularity and prestige throughout the 1920s, 30s and 40s, but bad managerial decisions and a challenging post-war economy saw the company suffer bankruptcy in the 1950s. The strength of the name, however, was enough to keep the Indian spirit alive over the next half century –– with more than half a dozen attempts made at its resurrection.

Minnesota-based Polaris became the modern day custodian of the brand in 2011. In the five years since, the number of models in the lineup has grown rapidly to nine, with the most recent additions this year being the Scout Sixty, Springfield and Chieftain Dark Horse.

While it’s an American brand, the appeal of Indian has spread rapidly beyond U.S. shores. The European version of the Indian Motorcycle Riders Group was launched less than a year ago and already has more than 6,000 members.