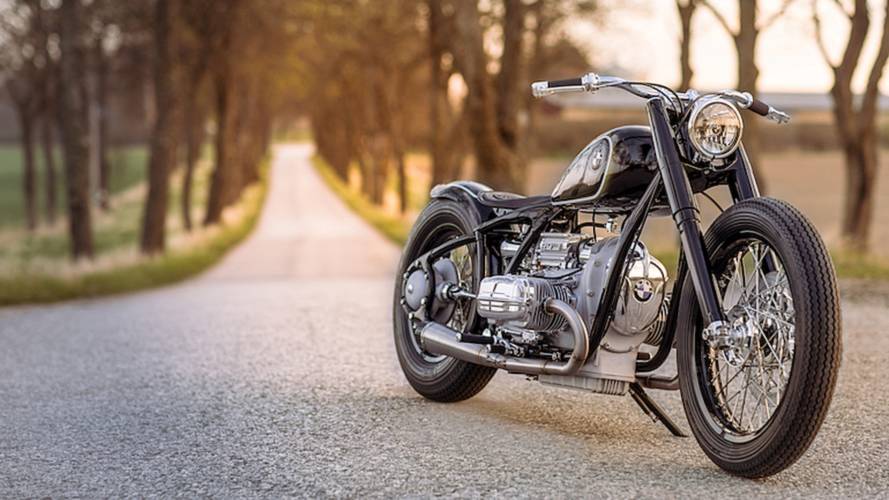 BMW Marks R 5 Anniversary With This Gorgeous ThingBMW has pulled the cover off a custom motorcycle that commemorates 80 years since the iconic R 5...

BMW has pulled the cover off a custom motorcycle that commemorates 80 years since the iconic R 5 was first released.

The 500cc R 5 was first developed as a racing bike in 1935 and influenced BMW thinking well into the 1950s. To mark the 80th anniversary of the R5, BMW Motorrad has created the “BMW R 5 Hommage.”

According to BMW, the R5 Hommage “translates the essence of motorcycling into the modern era.”

“At its debut, the R 5 was not only a masterpiece of engineering,” said Edgar Heinrich, head of design for BMW Motorrad. “The clarity of its lines and the elegance of its proportions also made it stand out clearly from the masses. To this day, the R 5 remains one of the most aesthetically appealing motorcycles in BMW history in my view.”

At the core of the R 5 Hommage is an original 500cc two-cylinder engine provided by motorcycle enthusiast Sebastian Gutsch. This boxer engine was originally damaged in a race and provided the starting point for creating the custom bike.

The two-cylinder 4-stroke boxer engine of the R 5 was completely newly designed at the time and had an output of 24 bhp at 5,500 rpm. The valve drive was taken care of by two camshafts powered by a timing chain. Thanks to the frame made of electrically welded oval tubing, the relatively light R 5 reached a top speed of 135 km/h (83.8 mph).

For the homage bike, numerous components such as the valve cover and the breastplate of the boxer engine were machined from billet aluminium based on sketches. Ronny and Benny Noren were called upon to produce the parts according to the specifications of the BMW Motorrad Design Team. The two brothers have been building tailor-made customer bikes for more than 30 years.

All parts such as the frame, fuel tank and rear fender are unique components. The frame and fuel tank echo the shape of the original, though in a more modern, streamlined interpretation. The steering head is slightly more tilted, for example, so as to give the R 5 Hommage greater presence.

A particularly defining feature in terms of the appearance of the original R 5 was the telescopic fork, which was a new idea at the time. The BMW R 5 Hommage invokes this element and interprets it in modern style. The brake and clutch levers, activated from the bar-end, also add an old-school feel.

To ensure the ride is a little less old-school, however, the R 5 Hommage is equipped with a supercharger to allow it to get more out of its 500cc engine. Other contemporary accents include new rear wheel suspension, modern piston brake system, and front and rear wheel hub.

The basic color scheme is classic BMW: black with white pinstripes. Though this has been interpreted in contemporary style. In addition to the opaquely finished surfaces, the smoke finish on the fuel tank and rear fender allow the steel underneath to partially show through.

The engine cases and gearbox in glass bead aluminium help highlight polished aluminium parts such as the machined breastplate and the valve covers with its “R 5 crease”.

You can learn more about the bike at the special R 5 Hommage page on BMW’s website.