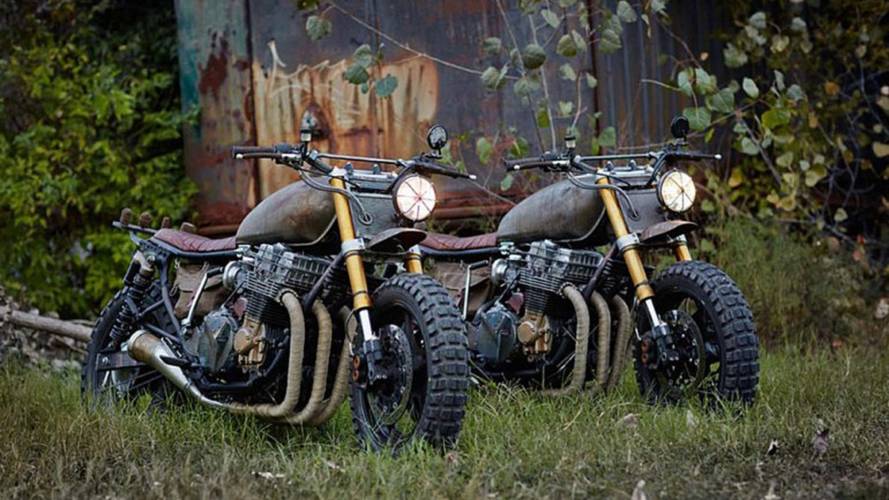 “You’ll always be surprised at what can happen,” said John Ryland, the founder of Classified Moto about owning a motorcycle shop.

When actor Norman Reedus of The Walking Dead contacted Classified Moto wanting them to build him a bike of his own, Ryland and his team were star struck, but they never could have imagined the greater opportunity that would soon fall into their lap.

After Reedus and Ryland got to know each other during the build of the actor’s Yamaha XV920R, Reedus texted Ryland out of the blue.

“He said he had something I was going to love,” Ryland remembered.

AMC wanted Classified to build the bike Reedus’s character, Daryl Dixon, would ride in the next season of The Walking Dead, but there was a catch—they needed two identical bikes.

“I knew right away when they said they needed two bikes, it was going to be tricky,” Ryland said.

With only six weeks to prepare the post zombie apocalypse motorcycles, compared to the twelve months Classified usually needs to finish a bike, Ryland went with the platform he and his team is the most familiar with—a 1992 Honda CB750 Nighthawk.

“Anything can happen on set...” Ryland explained.

John Sanders, the prop master for The Walking Dead, worked directly with the Classified team on the requirements of the post-apocalyptic Nighthawks.

Not only did the bikes have to be identical down to every last battle scar, but they also had to be quiet and reliable. Some readers who saw the video introduced last week (and posted above), asked why the way the bike sounds the way it does, and now we have an answer: it had to be quiet on the set. This meant modifying the exhaust and tuning the sound with a set of baffles. Even after the Nighthawk’s stock pipes were cut and capped with Classified’s signature nickel plated mesh, the machine still has an impressive snarl.

To make Daryl’s bike more dependable on set, Ryland and his team kicked around the idea of using a new bike with fuel injection, but with little time to prepare, Classified chose to stick with what they know best: a rebuilt, carbureted 750 with a custom billet-aluminum air box.

Although the Nighthawk was born with an electric start, which the team kept intact for reliability and production purposes, Classified attached a dummy kick starter to add to the bike's cobbled-together appearance.

The coolest feature on this bike—the one that makes me wish I was a zombie-killing superhero—is the cross-bow mount. AMC sent Daryl’s crossbow to Ryland’s shop in Richmond for the custom build. The Classified team worked a stroke of genius to make sure Daryl could draw his weapon with as little fuss as possible.

After measuring the placement of finger holes on the bow, they welded poles to a tail rack, which were padded and wrapped with hockey tape for a secure fit.

The under-seat bag on Daryl’s bike was a feature Ryland suggested to fill the empty space. Surely, a zombie-killer needs somewhere to keep his Wheaties and ammo while ripping around an abandoned city. Prior to the project with AMC, Ryland had designed the bag for Classified bikes and thought his prototype would be a perfect addition to the post-apocalypse machine.

MUST READ:  How To Outrun The Zombie Apocalypse On a Motorcycle | RideApart

Aside from the exhaust and the zombie-specific aesthetics, modifications to Daryl Dixon’s bike are identical to the Classified NIghthawk featured recently on RIdeApart.  Daryl’s bike sports progressive reservoir shocks, a custom CNC’d air intake and Ryland’s signature Yamaha YZF-R6 front end conversion. Underneath all the war paint, the bones of a Classified bike still remain.