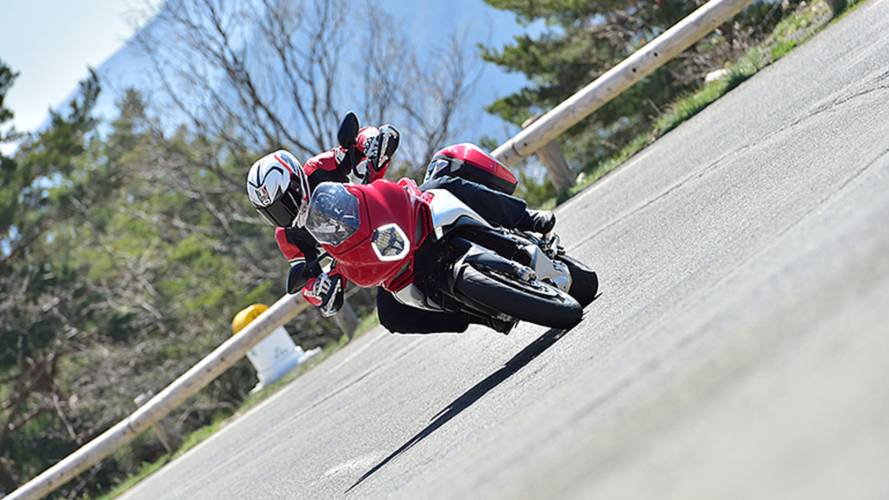 MV Agusta has unveiled its new “Emotion Road” program, a vacation touring package that includes the use of a MV Agusta Turismo Veloce 800 for touring Italy.

In charmingly bad English, the collective suggest that: “The bike tourism is the most entertaining way that God could invent to make tourism.”

The “Emotion Road” program takes in the most picturesque routes in Italy, and will stays in exclusive and atmospheric hotels.

“This will result in an unforgettable experience exploring the beauty of Italy while experiencing the all-round performance of the fabulous MV Agusta Turismo Veloce 800 –– a bike which combines the soul, elegance and authenticity embodied in the term ‘Made in Italy,’” enthuses an MV Agusta media release.

For more information on the Emotion Road experience, visit the GoogItaly website.

MV Agusta has been the subject of a number of rumors over the past few months. First it was reported to have filed for bankruptcy, then it was reported to have not filed. Shortly afterward, rumors swirled that the company was being courted by Indian and Victory parent company Polaris –– a rumor partially confirmed by MV Agusta CEO Giovanni Castiglioni.

“We've been in discussions with them about some sort of partnership,” he reportedly told Cycle News back in May.

For its part, Polaris was tight-lipped about any such discussions and nothing seems to have happened since then.