Film Vault: Not So Easy Rider 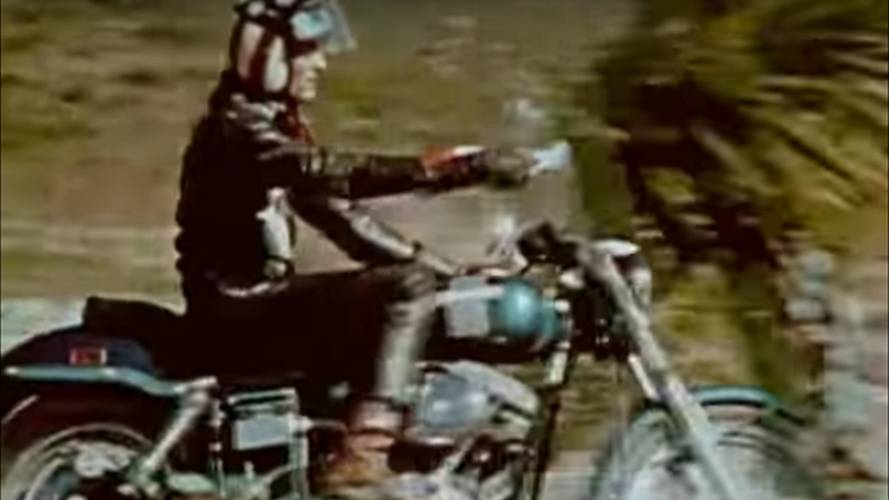 Film Vault: Not So Easy RiderWe're guessing that this edition of Film Vault is the end result of a community service sentence. It's a motorcycle...

We're guessing that this edition of Film Vault is the end result of a community service sentence.

It's a motorcycle safety film narrated by a listless Peter Fonda – check out him out at the beginning, constantly looking down to either check his script of just avert his eyes from the camera's gaze – which makes us think his involvement may have been a means of avoiding the sting of a drugs conviction.

Motorcycling icon Evel Knievel also makes a quick appearance, offering a little more enthusiasm and demonstrating his ability to do figure 8s on a football field.

The film takes on an surprisingly adversarial tone that one wouldn't normally expect from a safety video.

"For some reason, most car drivers just don't seem to see bikes," Fonda says. "So you've got to think of them as asleep, blind, or drunk."

With a super funky soundtrack, the film offers a certain amount of ill-informed logic about how to ride safely – e.g., advice on where to place yourself in the road and why – and strangely advises against lane splitting.

This rider, featured in the film, is taking none of your crap.

Midway through the 18-minute film we get a display of precision riding from the LAPD shot in all kinds of wacky it-seemed-cool-in-the-70s angles. This is followed by a dubious safety quiz, which asserts that 9 out of 10 car-motorcycle accidents can be blamed squarely on car drivers.

If you're just starting out as a rider, we'd suggest taking this film's advice with a grain of salt. Get yourself to a modern MSF course instead.