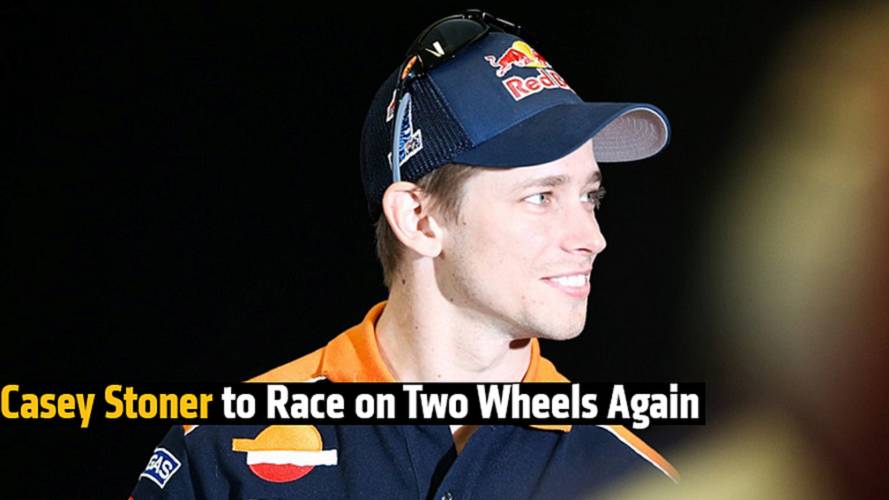 If you’re a fan of MotoGP, it’s safe to say you know who Casey Stoner is. The 29 year-old former two-time MotoGP Champion retired in 2012 expressing that he didn’t have the same passion for the series as he once did. He also stated that he wanted to spend more time with family. Since his retirement, Stoner went on to race V8 supercars, which didn’t last very long.

Luckily, he still has a passion for the sport itself. Today, Stoner fans have a reason to rejoice as the Honda Racing Corporation announced he will be taking part in the Suzuka 8 Hour endurance race in July. He will be riding a factory-backed Honda and also working with World Superbike racers Michael van der Mark and Takumi Takahashi.

“After riding the bike in Sepang a few months ago, I’ve been speaking closely with Honda about the possibility to take part in Suzuka,” Stoner said.

“It’s always been an event I wanted to do and something I was never able to consider when I was racing in MotoGP, due to our busy schedules, so I’m really looking forward to taking part!

“The bike is very different to a MotoGP machine, but it will be a new challenge and a chance for me to try something new and unlike what I've been used to in my racing to this point.

READ MORE: The Racer on the Grammy Gold Bike: A Women Who Ride Profile | RideApart

“I've been impressed with Michael van der Mark this season and Takumi Takahashi has a lot of experience on this machine, so I'm looking forward to hearing their comments and working together with them in preparation for the July race. Now I need to concentrate on my training to be ready for the race.”

Stoner won his first MotoGP championship in 2007 for Ducati Corse, and took his second championship title in 2011 racing for Repsol Honda.

Someone break out the champagne! It’s going to be great seeing Stoner race on two-wheels again.

READ MORE: Flat Track Racing at Del Mar; Where it Was and Where it's Going | RideApart