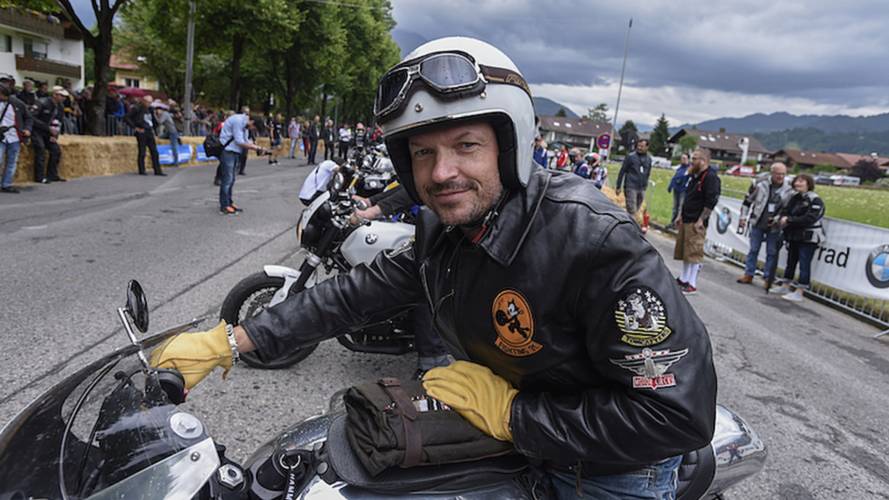 More than 35,000 BMW Motorrad fans braved less-than-perfect weather this past weekend to celebrate the brand as part of BMW Motorrad Days - the world’s biggest BMW meetup.

A number of new products were on show from the custom, tuning and accessory scene. Many people also took the opportunity to get involved in intense discussion with BMW Motorrad developers, engineers and test riders in the exhibition pavilion. Meanwhile guests got a first-hand view of the racing machines and several of the professional riders in the motor racing tent.

Around 150 steadfast enthusiasts did not let the weather spoil the traditional motorcycle parade, and they set off on the tour of Garmisch-Partenkirchen appropriately equipped.

Somewhat ominously, a BMW media release states: “Once again, the show went off peacefully and without any noteworthy incidents in 2016.” We’re trying to imagine what the unspoken incidents might have been...