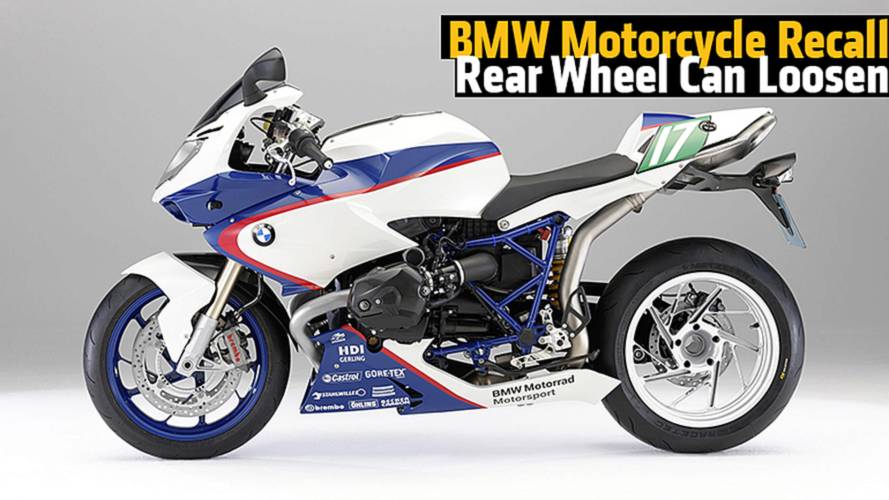 BMW Motorcycle Recall; Rear Wheel Can Loosen Ride it 'till the wheels fall off. Well, that expression may be sooner than you think if you’re riding a...

Ride it 'till the wheels fall off. Well, that expression may be sooner than you think if you’re riding a BMW.

READ MORE:  14 Most Important Motorcycle Developments of the Century

A 2004 model BMW motorcycle crashed in Spain last August, and BMW believes a cracked flange to be the culprit. They are now calling for a global recall of mostly single-sided swing arm models (the rider and passenger from that crash are fine).

BMW single-sided swing arm models use an aluminum flange that hold the wheel to the swing arm. An over tightening of this flange can cause it to crack and fail; therefore, causing the rear wheel to come loose from the motorcycle. Dealers will simply replace the rear aluminum flange with a steel one for free.

If you have one of the models listed below, check your rear flange for cracks. If there aren’t any, then it’s safe to ride the bike to your local dealer for the recall.

BMW has only listed one incident where this has happened... so... They also didn’t say how much the settlement was for either, but that’s none of our concern.