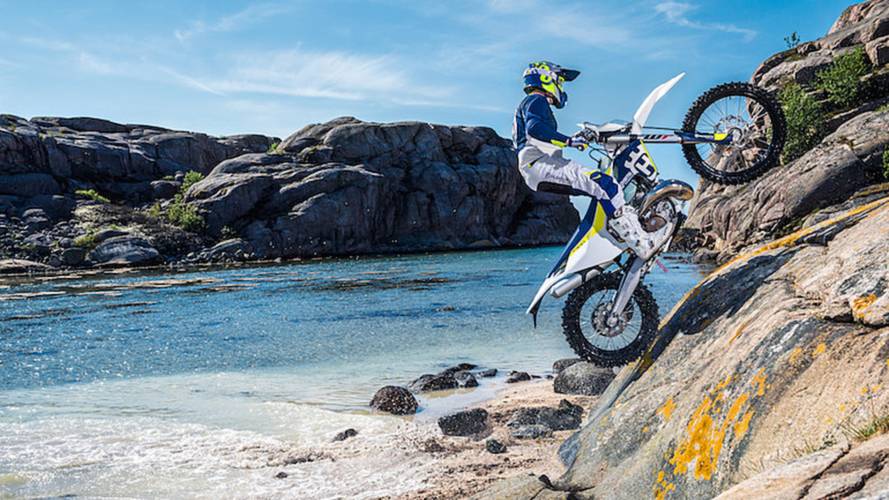 Husqvarna Motorcycles on Monday officially unveiled its complete line-up of enduro models at the brand’s home turf of Huskvarna, Sweden.

Husqvarna says each of the enduro machines has been redesigned from the ground up for 2017. Husqvarna says its two-stroke TX 125, TE 250 and 300 and four-stroke FE 250, 350, 450 and 501 all feature “completely new design, reduced weight, best-in-class handling and dynamic ergonomics.”

It also says that all 2017 models are equipped with new lighter and more compact engines, with the 4-stroke range featuring a traction control system as standard. The frames, too, have been redesigned.

All 2017 Husqvarna models have CNC machined triple clamps with an offset of 22 mm fitted as standard. Completing the chassis package the new swingarm has a specifically machined rear axle that allows for the chain adjuster markings to be seen from above.

All engines have been redesigned to focus on mass centralisation. Updated pistons are designed to match the reworked cylinders, while new crankshafts and counter balancer shafts help reduce vibrations.

A major upgrade across the 2017 two-stroke range is the 38mm flat slide Mikuni TMX carburetor, which Husqvarna says is less sensitive to temperature and altitude changes.

For the smaller displacement TX 125 the gearbox is has been redesigned and the exhaust system overhauled to help improve performance.

The Keihin Engine Management System (EMS) on all four-strokes is designed to be smaller, lighter and faster at processing data. It integrates selectable engine maps via the switch on the handlebar as well as traction control. Combined with the new gear sensor, power delivery is tailored for each gear.

All four-stroke models are also fitted with updated header pipes and shorter mufflers, which are now placed 50 mm closer to the engine. The redesigned enduro-specific gearbox now has a gear sensor that allows for specific engine mapping for each gear.

The new Husqvarna 2017 enduro range will be available from the end of July 2016 at all authorised Husqvarna Motorcycles Dealers. More information can be found on the Husqvarna motorcycles website.