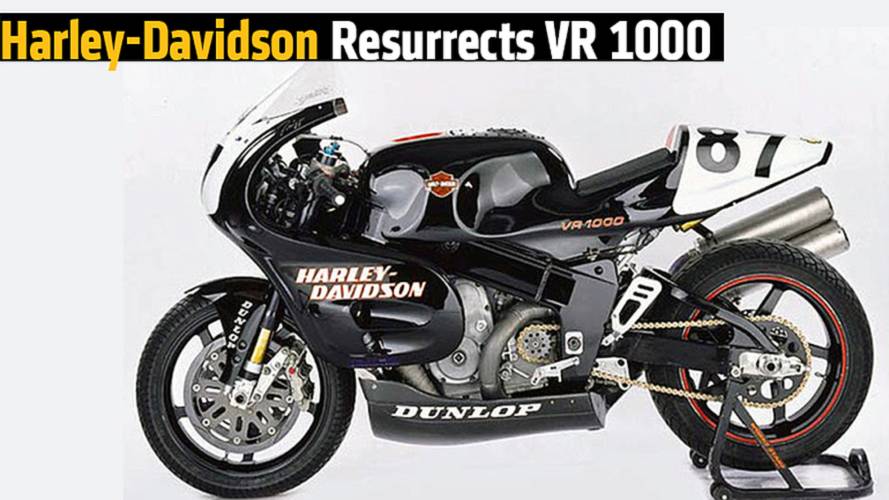 Harley Davidson has announced they will return to Super Bike racing and are resurrecting the VR 1000 program.

READ MORE: Kawasaki H2 at 2015 Pikes Peak – We Have the Inside Scoop

From Harley Davidson: "We wanted to return to our racing roots. We compete in AMA Grand National Flat Track, NHRA Pro Stock Motorcycle, and now we want to compete on the world stage. In order to do that we had to build a bike that can not only compete but also win in WSBK."

The next generation VR 1000 will displace the maximum 1200 CC, utilizing a modified revolution power plant. This motor was first seen in the V-Rod over a decade ago. It's undergoing heavy reengineering, according to HD, with an emphasis on weight loss and higher operating RPM.

"It has been a challenge to reengineer the motor; it was overbuilt for longevity  and torque for use in the V-Rod. Now we need to keep that same reliability but also maximize it for more power and lighter weight. Cost has been a real factor as materials have changed from steel to titanium and significantly more aluminum components."

As of this writing, very few details have been offered about what the chassis design will look like. Whether it will be a frameless like Ducati, a traditional twin spar, or some other design is a complete mystery.

"We have worked for a long time internally to convince management we needed this kind of bike. We thought we had done it with Buell, and then again when MV Agusta was purchased. Unfortunately both experiments did not pan out due to lack of support."

We aren't sure what makes this endeavor different from H-D's other attempts to build a sport bike, but the show of executives and large scale announcement puts the right foot forward...