Rossi Says He Was 'Very Slow' at Sachsenring 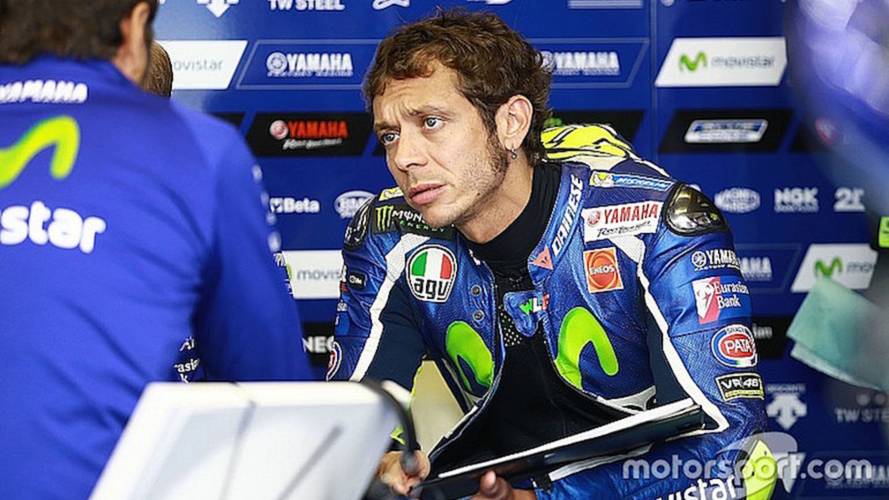 Rossi Says He Was 'Very Slow' at SachsenringBy: Jamie Klein Valentino Rossi says that he simply wasn’t quick enough in mixed conditions to fight for...

Valentino Rossi says that he simply wasn’t quick enough in mixed conditions to fight for a podium place in the German MotoGP round, admitting to a lack of feeling in the closing stages.

The seven-time premier class champion led the first two laps of the Sachsenring race when it was in full wet conditions, and fought in the leading group for the first half of the race prior to the bike swaps.

While Marc Marquez timed his change to slicks to perfection to snatch an unlikely victory, Rossi pitted relatively late along with immediate rivals Cal Crutchlow and Andrea Dovizioso, opting for intermediate tires.

However, Rossi was unable to keep up the pace in the closing laps, the Yamaha rider dropping behind Andrea Iannone, Dani Pedrosa and Jack Miller to finish eighth. Speaking to media after the race, Rossi said that an earlier tire change might have allowed him to salvage a couple of positions, but conceded the main issue was a lack of pace on a drying track.

“The biggest problem was I was very slow in the second part of the race on an intermediate on a track that was becoming dry,” said Rossi. “For sure about the strategy, the reality is that, I could have stopped two or three laps earlier, but it wouldn’t have changed a lot. If I stopped earlier, I could’ve been sixth.

“I had been together with Crutchlow and Dovi, but when I restarted I had not enough feeling with the bike and I was very slow, I didn’t feel the tires. In the end I was eighth and I lost a good opportunity to make points, it’s a great shame because in normal conditions we can arrive on the podium.”

With Marquez stretching his championship lead as a result of his win, Rossi now heads into the summer break trailing the Honda rider by 59 points. The Italian conceded that closing the gap in the remaining nine races will be “very difficult.”

“These first nine races, I didn’t take the amount of points I can take, because I made some mistakes,” he said. “The distance with Marquez at the top is really high. But... we have another half of the championship, nine races, which is very long. We need to work well and try to be competitive, try to make the maximum, and after we will see.”