Drifting on top of a Lake - Testing CTEK Battery Chargers 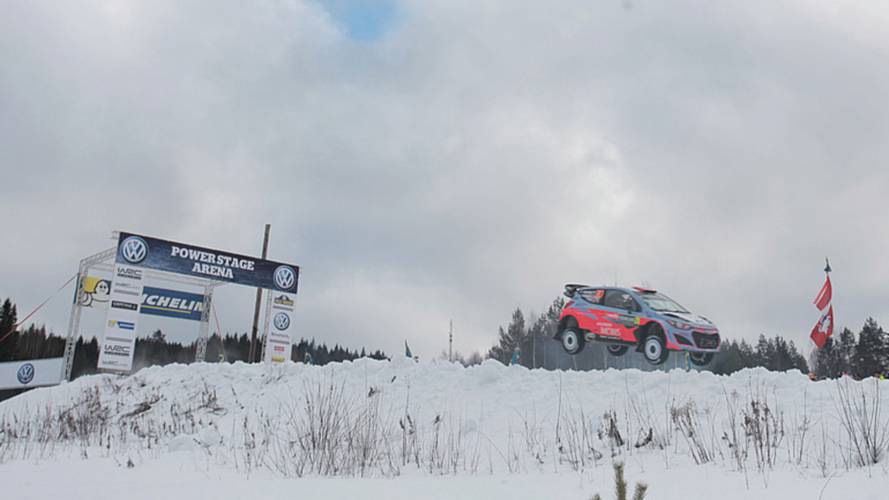 Drifting on top of a Lake - Testing CTEK Battery Chargers Earlier this year, we left the freezing shores of North America to travel somewhere...

Earlier this year, we left the freezing shores of North America to travel somewhere considerably warmer. It would take us almost 20 hours to reach our final destination, but we were glad to be in the relatively tropical location of Sweden.

Whereas our stopover in New York had seen temperatures of 3˚F, a frozen lake, somewhere in the middle of Scandinavia was a relatively balmy 30˚F during the day, dropping to 19˚ overnight. Not exactly T-shirt weather, but not life-threatening either, especially while dressed in the warm Scott clothing we’d been provided with by our hosts, CTEK Chargers.

CTEK is one of those premium battery-charger development companies you’ve never heard of, and one that many of us take for granted. They produce some of the most advanced battery chargers in the world, endorsed with approvals for the majority of premium carmakers across Europe and North America.

Obtaining factory approval for sale as an authorized accessory by Porsche, Ferrari, Mercedes-Benz or Corvette, doesn’t happen overnight. You need a bulletproof product that will perform faultlessly through a barrage of stringent tests – far more demanding than most customers will ever subject them to, but necessary all the same.

And so we found ourselves on a frozen lake, standing on what was claimed to be 12” of ice, which displayed alarmingly large cracks in its surface. We assembled around a very small Audi. It sported Red Bull colors and skinny tires with frighteningly long spikes. The spikes cut deep channels in the ice every time it pulled away and drifted around the makeshift course which was carved through the snow. It would then return and proceed to melt the ice under it with the heat from its turbocharged two-liter engine and tinkling exhaust.

The melting ice and deep channels didn’t seem to concern our Swedish hosts, so we tried to convince ourselves this was a perfectly normal activity. In fact, we were fairly relaxed about the arrangements until somebody handed us a flimsy orange device with short metal spikes, held together by string.

“If the ice cracks and you fall in the water, you stick these in the ice,” one of our hosts explained, pulling the spiked handles from their cheap scabbards and mimicking the motion of stabbing the surface and pulling yourself out.

With that, they turned tail and walked away, leaving us to reconsider the ice and our imminent peril.

The reason we were risking life and frozen limb, was not only for entertainment provided by the Audi, but also to learn the importance of battery chargers and maintainers.

The problem is, while battery technology is improving significantly, the demands upon them are growing at an even faster rate. Add very hot or very cold weather and you can push a battery beyond its limits, especially if the vehicle has been stored for a few days, or was powering a lot of accessories when it was last used. Welcome to our Swedish testbed.

CTEK wanted to demonstrate its latest battery charging technology by showing that extreme weather (heat can be just as difficult as severe cold for a battery) need not put an end to the fun. So they lined up a series of vehicles that all relied upon their charging power to keep them running.

These would include snowmobiles, a World Rallycross Audi S1 quattro, an FIA Historic Rally Porsche 911 RS, an Audi A1 quattro and even the minivans we’d be using to move between locations.

From the pushbutton start on the snowmobiles to the roar of the 3.0L flat-six in the rear of the 1973 911 RS, none of this would have been possible without CTEK charger technology. The main reason, was that none of the listed vehicles are constantly used, so the batteries have time to sit and drain, struggling to crank the starter motor in the frigid temperatures.

Our peek into the future was cut short by a cross-country trek on a fleet of snowmobiles. From the electric start to the heated handgrips, our group was suddenly more aware of the electrical circuits we’d previously taken for granted in various forms of transport.

Our run through the wilderness ended at one of the many lakes that make the country resemble Swiss cheese from the air – it has more than 97500 lakes measuring two acres or more.

A small team had been busy moving snow from the surface of the ice to provide an impromptu racetrack. Sat in the “pits” area were a number of tantalizing machines that promised fun and adventure. They had been brought by two of CTEK’s brand ambassadors – multiple FIA European Historic Rally champion, Mats Myrsell, and double DTM champion, Mattias Ekström.

Mats was fresh from a second place class win on the Swedish Rally that weekend – an event we’d been lucky enough to spectate at on the final day. Mattias was brought his Red Bull Audi S1 quattro, which would be competing in the FIA World Rallycross series.

Custom-built and boasting a 560hp two-liter turbo engine, the S1 was an intimidating beast with its crackling exhaust and composite fenders. We were invited to snuggle into the incredibly tight passenger seat for what was an almost indescribable ride around the lake in what looked like an violent experience to the onlooker. And yet, behind the wheel, Mattias was incredibly smooth and the change of direction was a fluid motion that defied the complete lack of grip. Yet while its spiked tires ensured astonishing traction, the same can’t be said of our feet as we slipped and slid exiting the car, regaining a realization of how treacherous the conditions were.

Every time the car returned to the pits to collect another passenger, the crew scrambled to check fluid temps, tire pressures and reset GoPros. During longer stops for tire changes (the spikes don’t last long), the team would plug a CTEK charger into a generator to ensure the electrical system was fully charged. In these conditions, with this sort of horsepower, they weren’t taking any chances with a breakdown due to electrical power.

While Mattias was attended to by a crew of seven people, Mats Myrsell had a single crew member for his 1973 Porsche 911 RS. This was one of four Porsche rally cars owned by the local man, whose workshop boasted a pair of RS, two RSRs and a helicopter under its steel roof.

Again, the spiked tires provided unprecedented levels of grip, and Mats’ experience on ice in the RWD sports car was immediately apparent as we drifted through the first corner; a Scandinavian flick kicking out the rear-end, with an application of left boot to keep the radius constant. It was almost balletic, and while not in the same speed league as the little Audi S1, it was somehow more remarkable, especially with the driver giving so little input to the wheel.

Also on hand was a stock Audi A1 quattro – a limited edition version with AWD and enough horsepower to get you into trouble. Its supple suspension, leather seats, heating and street-legal exhaust made the ride almost anticlimactic, yet in the hands of Anton Marklund (Ekström’s rallycross teammate for 2015), the A1 was probably faster than the 911 in these conditions.

Our Winter Adventure would soon be over. We’d leave the frozen north for the warm west, landing back in Los Angeles amid an unexpected winter heatwave, with temperatures hitting 90˚F.

As I sat back in the taxi for the short ride home, I had a new appreciation for what it took to run the headlights, two-way radio, credit card swiper, onboard TV, air-con as well as the engine’s ignition systems and more.