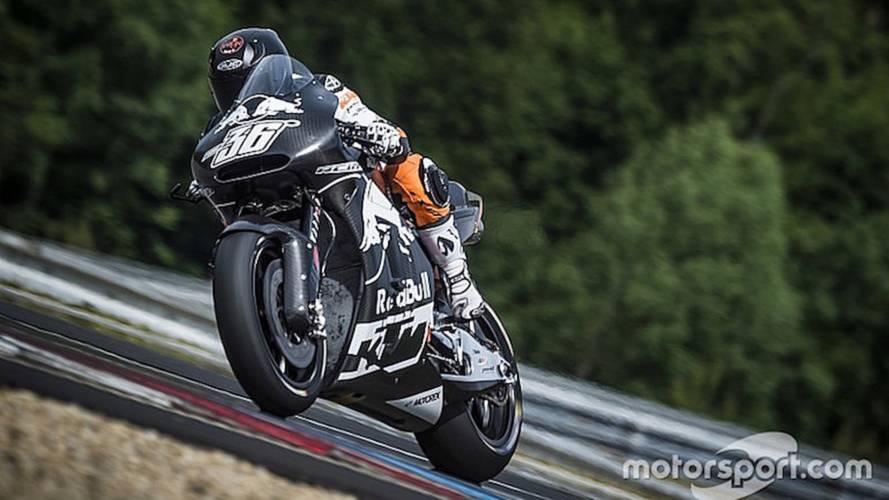 Finnish racer Mika Kallio has confirmed that the new KTM MotoGP team will make a one-off appearance in the final race of the season at Valencia ahead of the Austrian manufacturer's full-time debut in 2017.

Following a test programme that began with an initial roll-out at the Red Bull Ring last year, KTM ran alongside other teams for the first time on Tuesday at its home track with test riders Kallio and Thomas Luthi.

The Finn set the 16th fastest time of the day, 2.2 seconds slower than pacesetter Andrea Dovizioso, before letting slip his employer's' plans to race in the season finale. It's a move that mirrors Suzuki's decision to enter then-test rider Randy de Puniet into the Valencia race in 2014 ahead of its MotoGP comeback in 2015.

“I think everyone can be really satisfied that we’re here with the others. In the end I think the lap times were on a good level, quite good,” Kallio said in an interview with MotoGP.com. “We tried to follow the others and see how the bike is behaving and where we are losing compared to them. We did a lot of laps, there were no technical problems.

“We were around two seconds behind the fastest guys, at the moment it’s quite good. We still have time to work before we come to the Valencia race, hopefully tomorrow we can improve even more.”