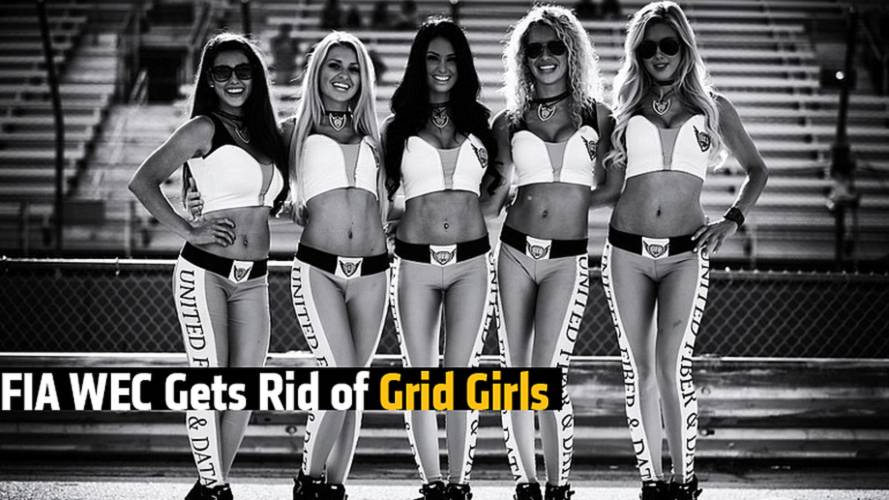 According a recent article published on Reuters, FIA's world endurance championship (WEC) series, which is best known for its annual Le Mans 24 Hours sportscar classic event, is getting rid of its grid girls.

WEC chief executive Gerard Neveu told Reuters: “For me that is the past. The condition of women is a little bit different now." He proceeds to say that having umbrella girls is a bit antiquated, and that having said girls is a bit sexist, especially in a male-dominated sport. He also mentioned that this change in the FIA is in effort to cater to a new audience.

"The sport is sport, but around it we can do many things," he said. "We will have a DJ, entertainment, many things on the grid. The show will start from the grid...but the star at the end is the sportscars and the drivers of the car."

I couldn’t agree more with this last quote —the main “stars” are indeed the cars and its driver, but my initial issue was who are these drivers to such cars? Of course, it’s usually a male driver, which is totally fine.  But getting rid of umbrella girls and doing nothing to also help promote car racing a sport where both men and women can compete with one another isn’t doing anyone any favors. Before I went off on tangent regarding this point, I did some research.

According to the FIA, when it comes to its stance on women in the sport, it says: “Today, there are many more opportunities for women in all formulas and at all levels. The FIA Women & Motor Sport Commission aims to help develop this talent. Its latest initiatives have seen the Commission join forces with Volkswagen Motorsport to provide a car for a full season for a young woman to contest the Scirocco R-Cup, as well as promotion of female talent in the CIK-FIA Karting Academy, whereby a kart will be provided for a young girl.”

I’m very pleased to know about this. This is what all motorsports (if they're not already) need to be doing in regards to solving the “sexist” view-point of the motorsports industry.  Again, I feel if the FIA WEC still did away with grid girls, but didn’t do anything in regards to encouraging women to race, then we’d have a problem.  But there’s no reason to cause a stir—I do hope women take advantage of the opportunity to race for such a prestigious organization.

To play devil’s advocate (because you just have to), on the other end of the argument, I feel if the FIA WEC decided to keep the grid girls, but still encouraged the above mentioned opportunities for women, this would also be fine.

The bottom line is that my issue has never been with umbrella girls, but how a professional sports team advertised and marketed their products to women. Having too much of a “male-only” anything at any event is going to drive us away since there is nothing for us gals to partake in.

It’s good to hear that not only the FIA, but other male-dominated sports like NFL and the NBA, are allowing women to step into referee and coaching roles. Even though these kinds of sports will always be segregated, motorsports is the only one that isn’t. I think it’s about time to for others to follow FIA’s suit and really push for a higher mix of women into that arena.

Another solution to the sexist view of having umbrella girls: Can't we have both umbrella girls and boys like Moto3 rider Ana Carrasco did below? Equality for all!