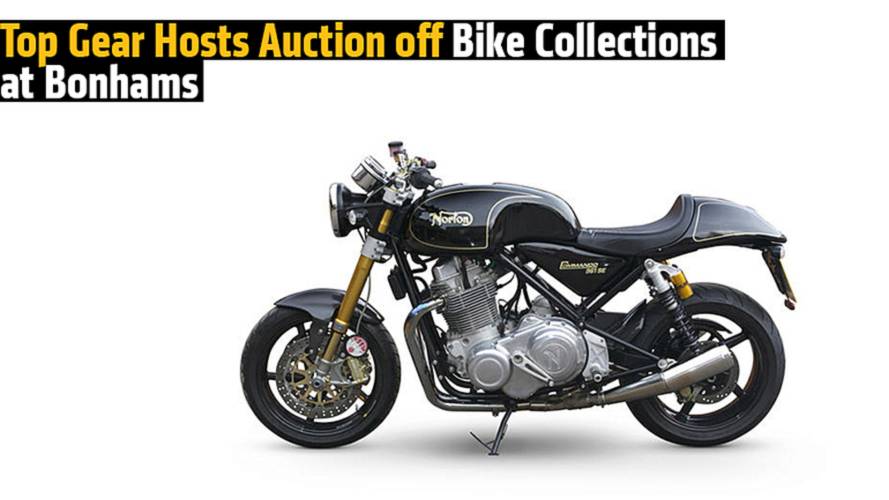 Top Gear Hosts Auction off Bike Collections at BonhamsHosts of the now cancelled (THANKS JEREMY CLARKSON) show Top Gear, James May and Richard...

Hosts of the now cancelled (THANKS JEREMY CLARKSON) show Top Gear, James May and Richard Hammond, are selling their bike collections. Us plebeians now have a chance to own some pretty interesting bikes that were previously owned by the car culture icons.

Top gear has been the talk of the car world in recent weeks. Host Jeremy Clarkson pushed the final button via a physical altercation with the show's producer, resulting in Clarkson's termination and the show's cancellation. So one must ask: Are the co-hosts gathering pennies to make up for the lost income source?

Not in the least bit according to May and Hammond.

"I was going to sell these bikes anyway. And those paintings, and my collection of Scalextric cars. Honest," says May.

Hammond adds, "It's important to review one's stable regularly, and the Bonhams Stafford sale is the ideal opportunity to move bikes on and possibly acquire new ones."

Hammond is to auction off four of his collection pieces, some of which include:

MUST READ:  Own a Real Life Tron Light Cycle | RideApart

May's offering totals eight bikes from his collection, which include:

MUST READ:  The Beginner Dilemma, The Ninja 300 vs 250R - Is It Worth the Upcharge | RideApart

**From the press release**

The property of James May:

The property of Richard Hammond: