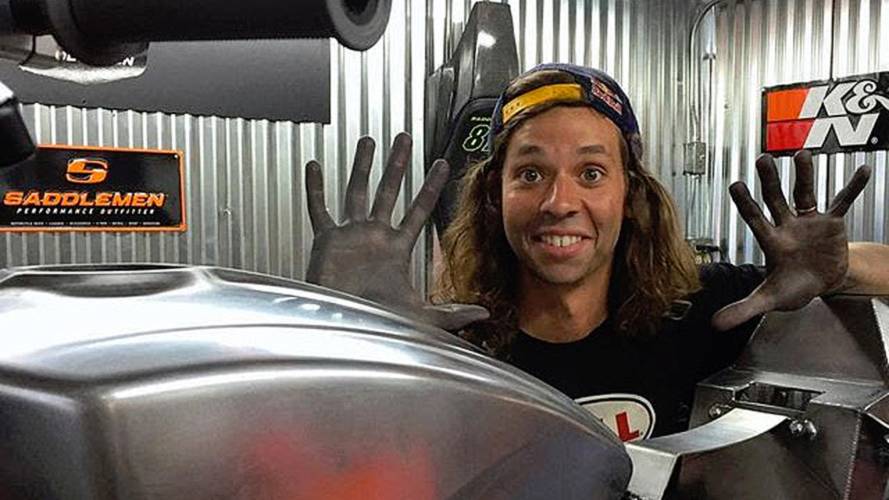 Street freestyle rider Aaron Colton says he’s customizing a Victory Octane to be revealed as his stunt bike at the Sturgis Motorcycle Rally next week.

The week-long rally officially kicks off on Monday, though fans are already making their way to the Black Hills town of Sturgis, South Dakota, for what is generally seen as the biggest cruiser event in the world. Though, recent years have seen an increase in the number of riders representing other motorcycle genres.

Colton, who is probably best known for riding in those other genres, says he’s building his custom Octane –– dubbed the #93 Octane –– because he appreciates the bike’s power plant.

“ a bike that puts the power to the ground and I can shred on,” Colton said. “The build on the #93 Octane is going to be pretty cut and dry, it’s not going to have a lot of thrills, but the components are going to be second-to-none and we’re changing the ergonomics more to the sport side of things. Once this bike is done there’s going to be quite a few playgrounds it’s going to be ready for.”

Details on exactly what the bike looks like are being kept secret until it’s officially revealed on 9 August but in the meantime, Colton is giving a few clues in releasing a list of some of the custom parts used: