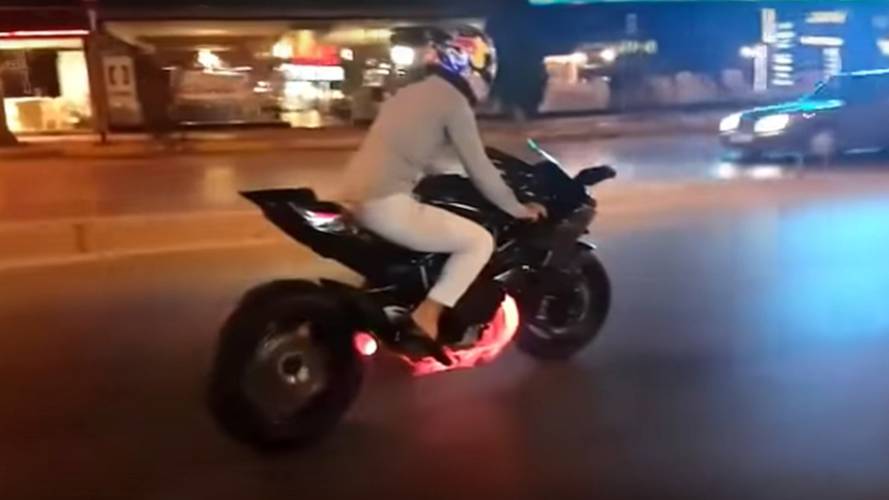 Video of the Day: Kawasaki H2R Spits FireThese are trying times in Turkey. The government was the subject of a failed military coup last month and...

These are trying times in Turkey. The government was the subject of a failed military coup last month and the repercussions haven’t exactly been gentle. Add in an exacerbated migrant crisis and ISIL attacks and, well, we’ll admit it sounds a bit scary.

So, it warms our heart to learn that things clearly haven’t gotten so bad that Turkish citizens can’t find the time to brutalize a high-end sportbike.

Here’s Turkish World Supersport racer Kenan Sofuoglu performing a rolling burnout on a Kawasaki H2R that stresses the engine so much the downpipes glow red hot and the exhaust ultimately spits actual fire.

Best of all, like a real man, Kenan is doing this while wearing what appears to be a pair of house slippers.

Kenan is no stranger to what the H2R can do. Last month RideApart reported on his hitting a record-breaking 400 km/h (248.5 mph) astride an H2R. To us, though, this feat is strangely more impressive.